Smögen is and have always been my number one place on earth. There is no cuter place than the little island at the outmost part in Bohuslän at the Swedish West Coast if you ask me. Earlier this summer when I celebrated Midsummer there I wrote a digital travel guide to my paradise which you find HERE. When I was a little girl at around the age of eight long before the SOME era came I wrote a travel guide to Smögen that customers that bought matches that me, my brother and my cousin sold during the summers got as a part of the deal. It was a blue two-sided booklet with a general guide to Smögen and details of every beach. So let’s take the story of how to spend a weekend with an adventure partner in crime at the small and cozy island of Smögen from the beginning. 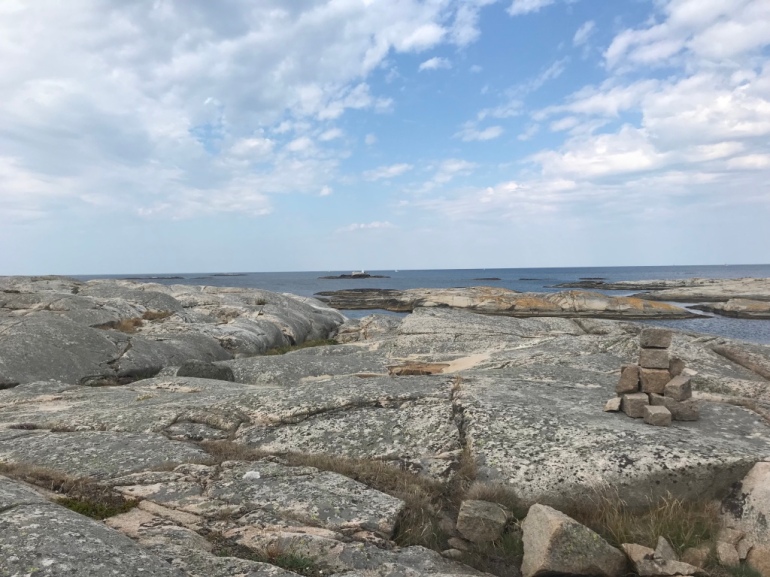 We stayed at my uncles place at the residential area Kalvbogen just next to the famous bridge. There is a private jetty with the best view of incoming boats from Sotekanalen so there we took our morning swim on Saturday.

No trip can be classified as completed before a run has been made so we took the opportunity to run a 10+K around Hasselösund, all the way out to Sandö and back again then over the bridge to Kunghamn (including some insta making photostops) where we finished at Systembolaget to buy new alcohol since we had an accident with the old one. 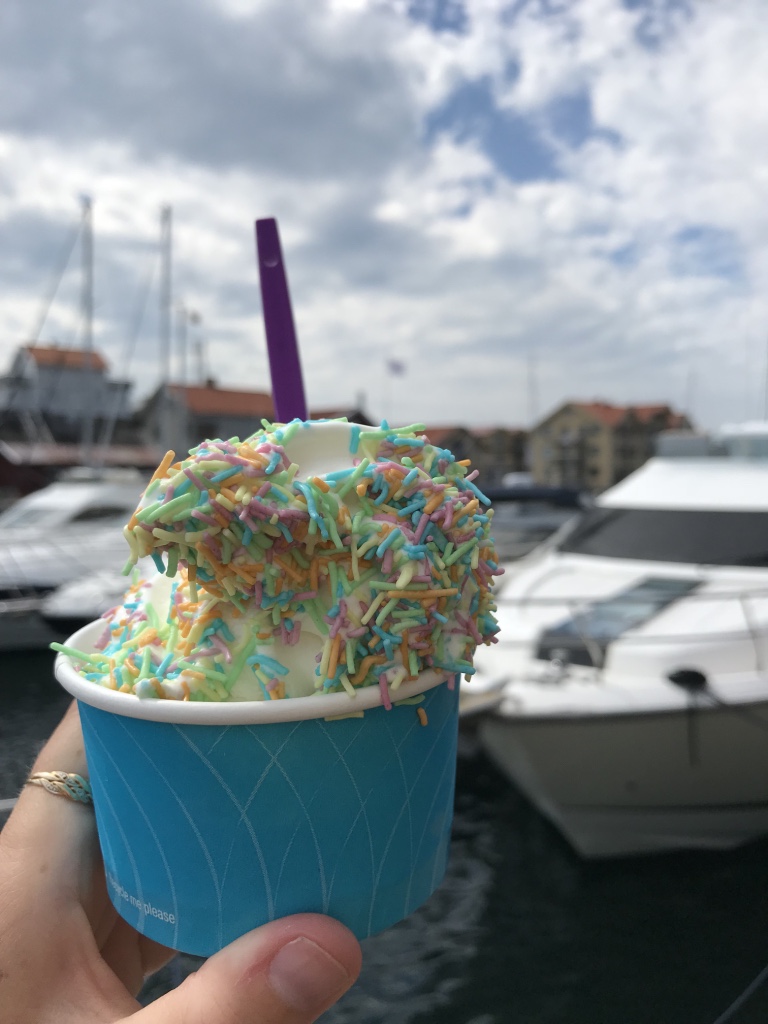 We walked down to Smögenbryggan that is a must see every visit to the island and had ice cream for lunch. Why not?

Then we headed to the next stop, Vallevik where we settled down for swimming and chilling in the sun. I actually brought a book that I intended to read but… people watching and chitchatting was more interesting.

The clouds started to look like they were preparing for a thunderstorm so we decided to walk back home again. To make the tour around Smögen complete we took the other way over the nature reserve Hästen back home. About 45 minutes walk later we came home and at the same time a thunderstorm were hitting the island. 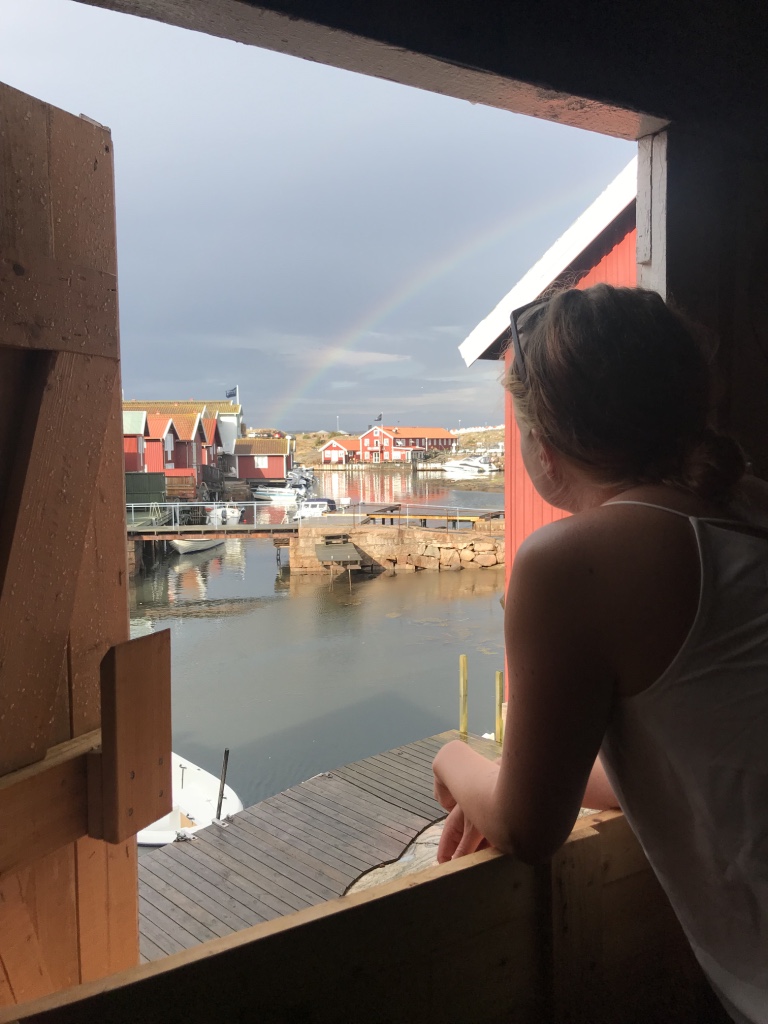 It was raining from everywhere and we had no time in our busy vacation schedule where we could wait for any rain to stop. We needed dinner. And at Smögen you need to eat Smögen shrimps. My kind uncle drove us down to the fish market and let us stay in his sjöbod where we had our wine and Smögen räkor. Idyllic.

To our big luck (and the 5000-6000 others) the rain stopped and it was time for the main event this trip, Amaze festival. A DJ festival that had its annual premiere this year. And it was Amazing. We danced at Havsvallen where I have spend X amount of hours playing soccer in my youth for six hours which felt like 10 minutes. Steve Angello flew in from Ibiza to tiny little Smögen and after the performance at Amaze he went straight to another festival in Barcelona. There were several other great DJs aswell, Otto Knows, Rebecca & Fiona and especially Vigeland made a great job at the stage. It was such a magic evening! Best party so far this summer! When it all was over we went to have a snack and our feets were so tired we barley could walk home. And then we are both marathon runners! 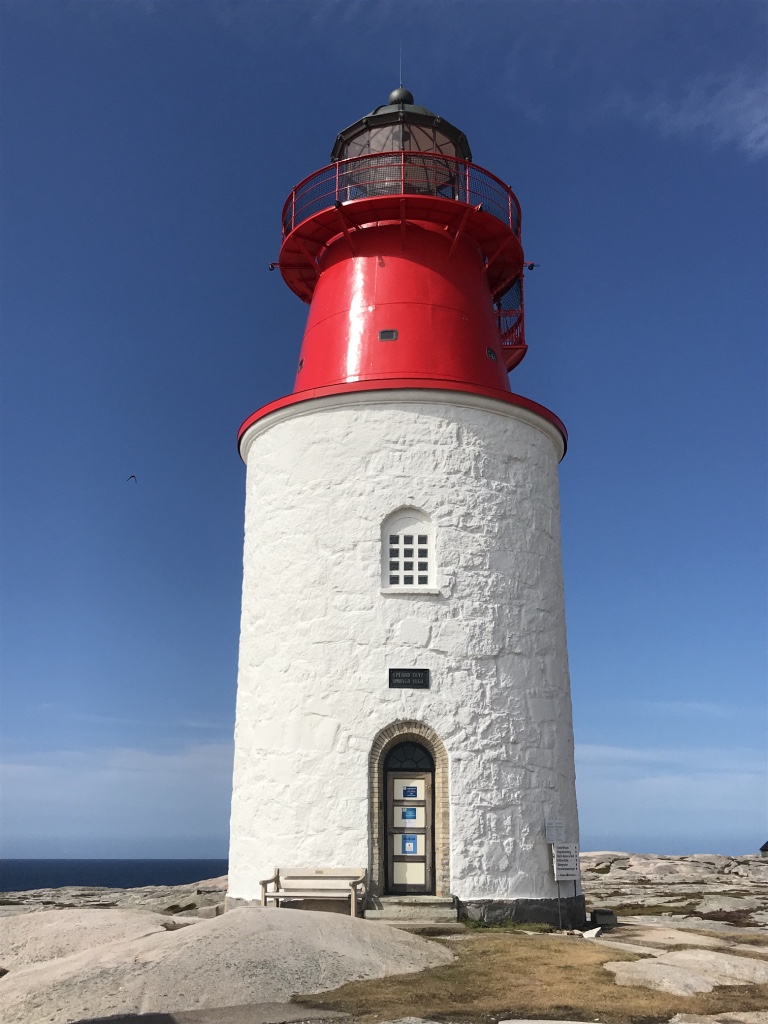 On Sunday we skipped our run and instead took the boat to Hållö for a beach day before driving back home. It was many years since I visited the small island with the lighthouse. This island is the most beautiful island at the Westcoast according to travelbloger Liniz and I agree.

After some flip-flop hiking around we chilled at the cliffs the whole day. Of course we were gently prepared with freshly baked fika from Skäret. They make the best buns in the world so that is a must for every excursion at Smögen.

If you not already have understood that Hållö is a natural beauty, here is the evidence. The Marmorviken looks more than a place in Spain than at the Swedish West coast, right? There is actually a hostel at Hållö which is a perfect destination for having a conference and there is also a chapel so if you found mr/ms right or if you want to host a christening I cannot think about any better place.

All over and out after a weekend at Smögen we only had a drive back to the North to do. One quick stop in Uddevalla at Mc Donald’s and the shortest highway back home later I can conclude that I had a more than fab weekend at the Swedish West coast. I just can’t keep on saying how much I love the Swedish West Coast but it is simply the best place on earth. Do you agree?