Do you like to go out and explore the nature? I do. Before Corona hit the world I wasn’t often doing things like that during the weekend. It happened but when I stayed home for a weekend it was to relax, do laundry or run errands. Although I miss my pre-corona life traveling the world,  every single day I have found things to enjoy at home like walking Sörmlandsleden. Last weekend I was out camping there but this one I was just out walking on a day tour myself since I had other plans for Sunday.

It all turned out to be a backward hike according to the schedule but same route different way so it doesn’t really matter. I took the communter train to Hemforsa station and from there it was roughly one kilometer of walk until the start of the trail which was 14,5 kilomters. Somehow I made it 18,5 when I was finished and I didn’t even got lost.

It was truly a beautiful walk. Started with a lot of blueberries all around and then I had to walk through pine forest which is my favorite kind. It smelled so good and the soil was super soft. Was a bit hilly but very beautiful. And I saw the first lingonberries of the year.

After 10 kilomters I reached lake Muskan. I love lakes and this was such a hidden gem. Looked like a Swedish postcard with some red wooden houses and then the lake. I understand why people from all over the world have the fairy tail vision of Sweden. At some places it is really a natural beauty all around.

I thought it would be possible to take a swim in the lake but couldn’t find any good places so I didn’t.

Instead I kept on walking the beautiful path and sat down at some cliffs to eat my sandwich. Doesn’t it always taste great to eat outside? It was finally getting warm (which wasn’t the case before and I had been regretting my choice to not bring a sweater). Reminder to myself: Swedish summers aren’t tropical. Shortly after the lake I reached the village of Ösmo and there 5:2 turns into 5:1.

This was the third time this summer I was aiming for Nynäshamn. I never been there before and I have to say it is not a super exciting place although it has it’s gems, like the water and harbour. But anyway, I wasn’t really heading into the city center, this time I was out in the bush.

The 9,5 kilometer long route from Ösmo to Nynäs was easy to walk and I liked it a lot. Not that difficult but together with the 5:2 path it covered everything that is Swedish summer here in Stockholm like stony roads, green areas, harvests, cabins and so on. 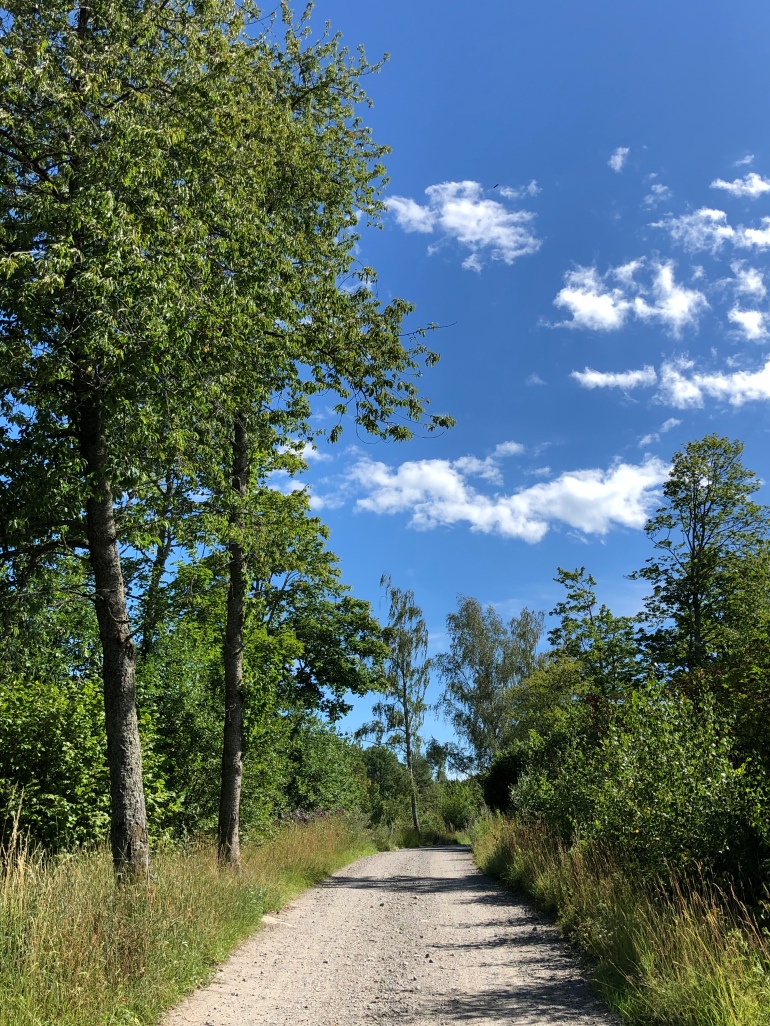 I did though become very thirsty and I had no more water. Too bad.

The route even passed by some memories from the Vikings. A rune stone. I couldn’t read what it said but it is the first time I see a rune stone outside of Tanum at the West coast. There was supposed to be some more rune stones but I somehow missed them. 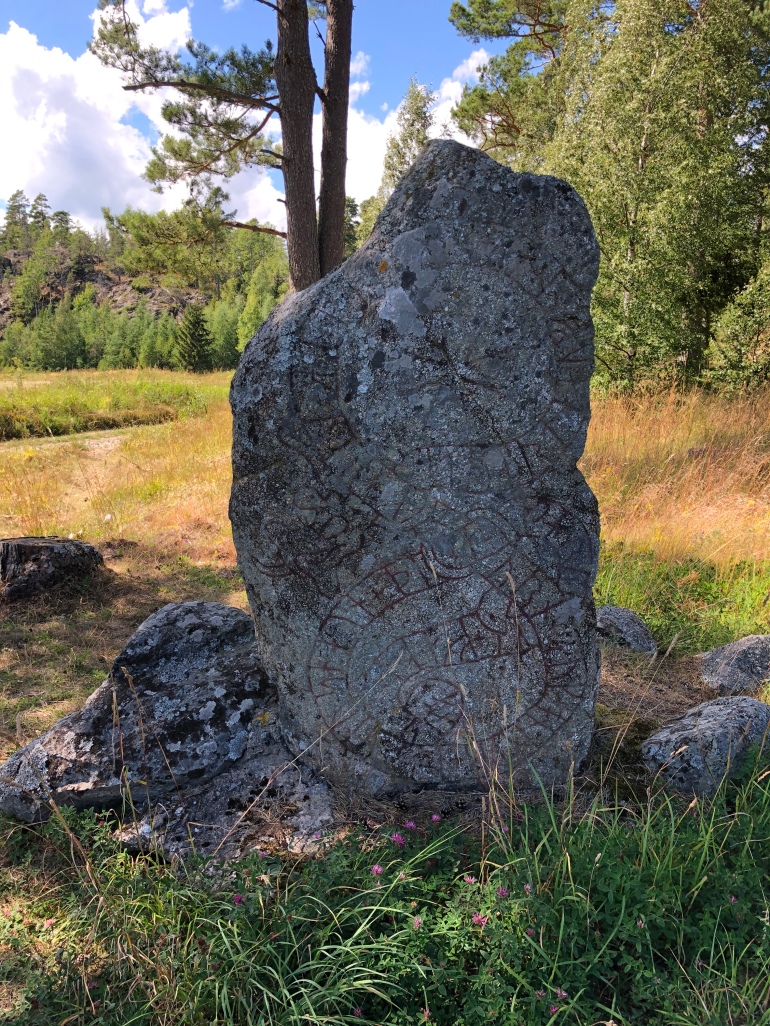 But this ladies and gent’s, isn’t that the most beautiful nature you can find in this area? it looks so soft and green when the light is on. I just wanna throw myself into it. Maybe I should one time.

Everything good comes to an end and after 40 000 steps I finished 5:2 and 5:1 in Nynäshamn and went home with the bus to checkmark the paths I walked in my excel sheet. Thanks nature, I will be back another day.

Do you like to Sörmlandsleden stories? I have written a few now and don’t want to write to many if you don’t enjoy reading them.

/ Pernilla that had a day filled with hikefulness