Lovely places in South of France

Last week I finally was able to visit South of France again. No one that follows me on social media could miss that it was comparable to going to heaven. Sunsets over the Mediterranean and a deep blue ocean. Fantastic landscape and the mix of old and new. I love this part of the world and although I been down to South of France a few times I haven’t seen it all. This time I decided to explore some of the many costal villages and these are the ones I managed this time while still saving a few for future trips.

50 minutes by train from Nice Ville close to the Italian boarder Menton is located. Who could know this was such a gem? Colorful houses and a medieval city center where you could walk unspoiled aisles where you find everything from nothing to the cutest ice cream shops serving creamy Italian ice cream.

The beach was also great. Sandy and not stony as many others on this coast. Actually there were two good beaches where you could spend your days and just above them you found beach clubs and restaurant side by side.

Menton is a must see and also a great place to spend a few nights in. 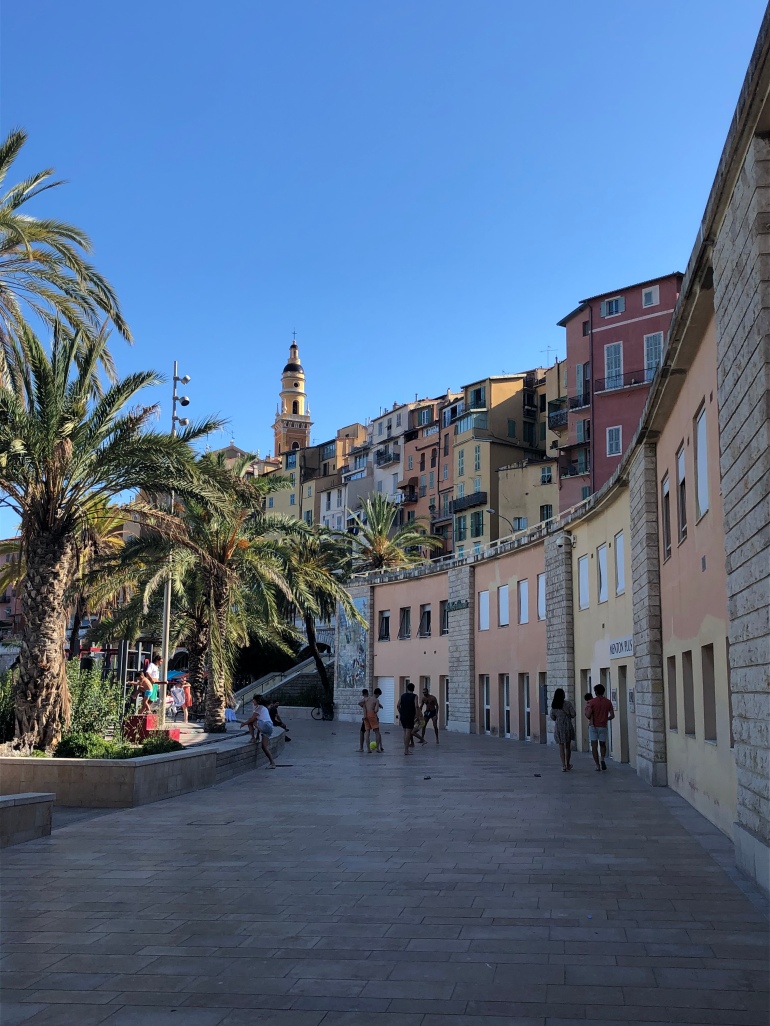 My first day I headed out for a long walk right after breakfast. Villefranche- sur-mer I have only seen from the train before and wanted to stop by. I walked the coastal path from Nice and it took about two hours and a half including a few photo stops but such a beautiful walk. When I arrived I bought some fruit from the local market, took a walk in the city but it was steaming hot so I couldn’t really focus on enjoying since I was looking a lot forward to the beach and my first dip in the salty water in a long time. Can sum it all up with a nice beach and nice town worth a visit. But be prepared for crowds later in the day and bring an umbrella if you want to avoid the direct sunlight.

Just ten minutes walk from central Villefranche- sur-mer you find another coastal paradise. Close by but different atmosphere. Here you can enjoy beautiful coastal walkways along the water while you have luxury villas on the other side. At most places you can access the water to have a swim. There are a few beaches aswell but be prepared for rocks. But the whole place is postcard like. At the outmost of the peninsula you find a lighthouse. You can easily spend a day out here and there are also a few hotels if you would like to stay over. The main sight out here is Villa Rotschild which is supposed to be a beautiful garden. I love to visit gardens but this time the beach won. Anyone else who has been? 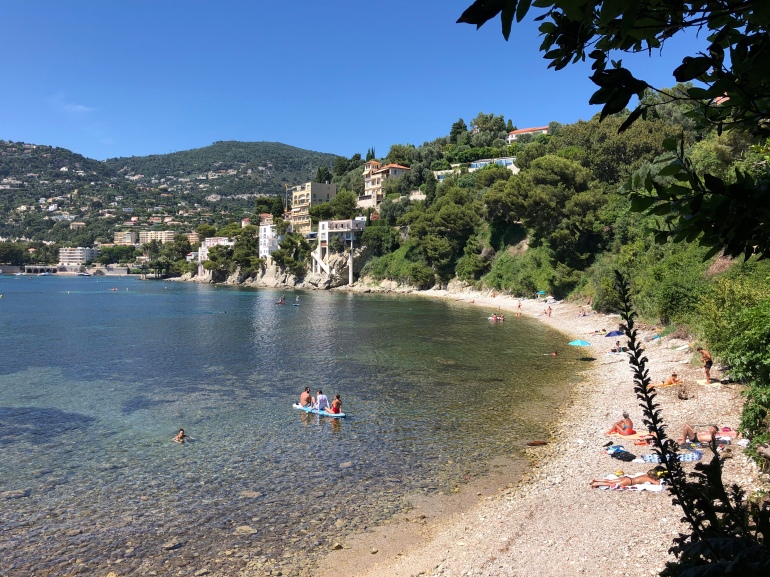 My trip to the riviera was an exploring trip and another day I decided to visit the medieval hilltop village of Eze. Easier said than done if you don’t have a car. I researched a bit and the only way up was to take a bus (which was running just a few times a day) or walk the hiking trail Chemin de Nietzsche which I at some places read should take 2 hours from Eze sur Mer, some 1,5 hours and others 1 hours. When I got to the starting point this steaming hot day I had a full bottle of water and was well prepared with shorts, running shoes and a handbag. 30 degrees outside so you can guess how the hike was and if my water bottle was empty when I reached the top. Of course I competed with the listed times and made it in 40 minutes.

The Eze village was a real gem. I haven’t seen anything like that before but unfortunately the Aperol I had been looking forward to as a reward wasn’t there. All places except some luxuary hotels and one a bit tacky bar was closed so after taking a bunch of photos I walked down again. If you would like to enjoy the area with people and open art galleries you should research opening hours. If you wonder, I can tell that I also walked down and including the run I had in the morning I finished my step count on 34 000 steps this day. 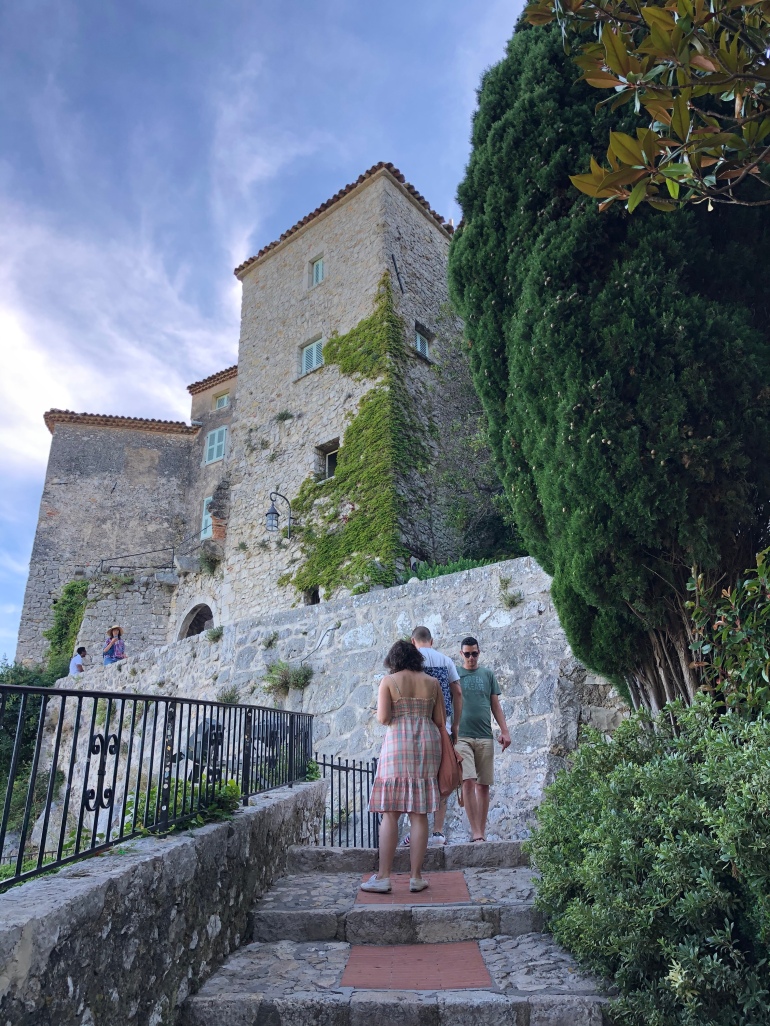 Before I walked up to Eze village I spent some hours at the beach in Eze. It was not the best beach beach wise but they had shade and the water was as warm as at other beaches. A bit too many outlaying rocks for my taste. There were almost no beach restaurants and just a cute little place and you will for sure feel like a local if you go here. 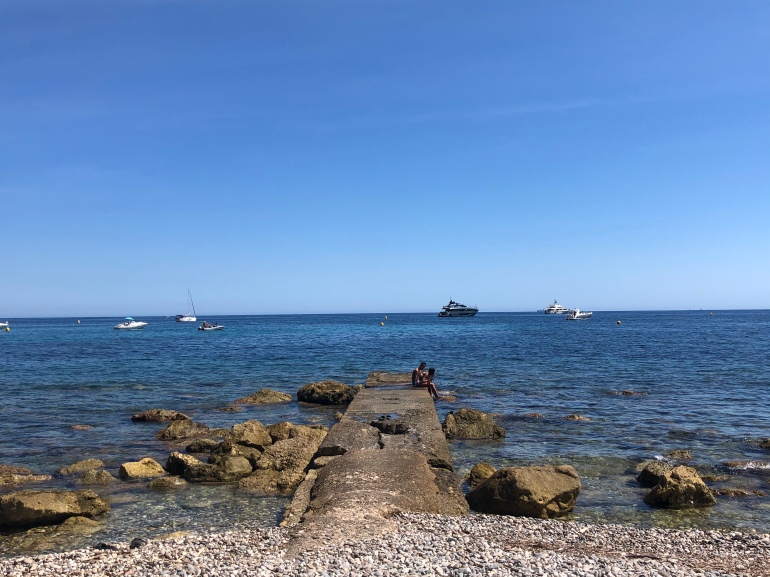 Have you visited any gems at the French riviera? the last time I was down here at a solo trip I stayed in Cannes and explored the villages around there running between them. That was in 2014 and thanks to the blog archive you can read about my runacation HERE and HERE.