Have you ever heard the term runcation? maybe I created it since my blog and online sources are top ranked at google but it is a spinoff from staycation but you do running when you are on vacation. When I started this blog in 2014, runwaytoadventures (at that time utochspring.com) I went to the South of France for a runcation. Now it was time again. I have not been running a lot at all during the spring but felt it was time to change that so I needed some motivation and a new place to run at is always a good idea. So I decided to do at least one 10K every day. But guess what happened the day before I was leaving Sweden? I was at a class at an ABS class at SATS and pulled a muscle in my back. It was so painful I could barely sleep, running worked but the first kilometers the first three days were torture. 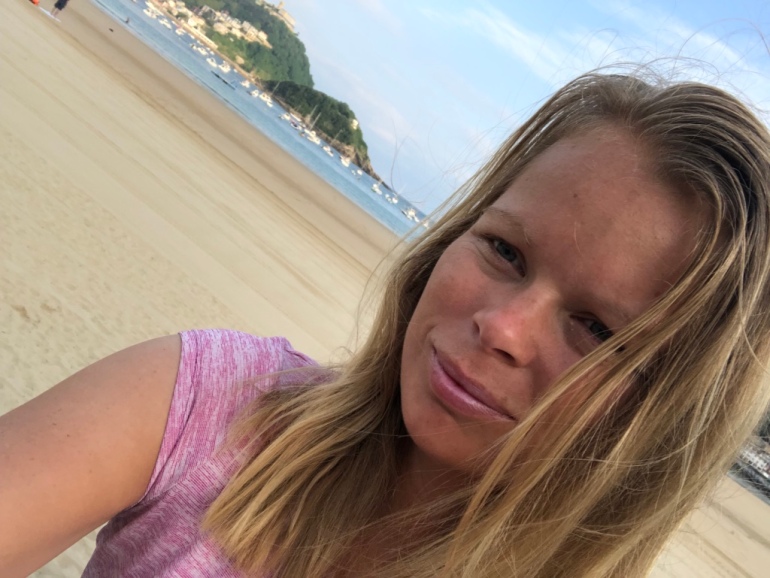 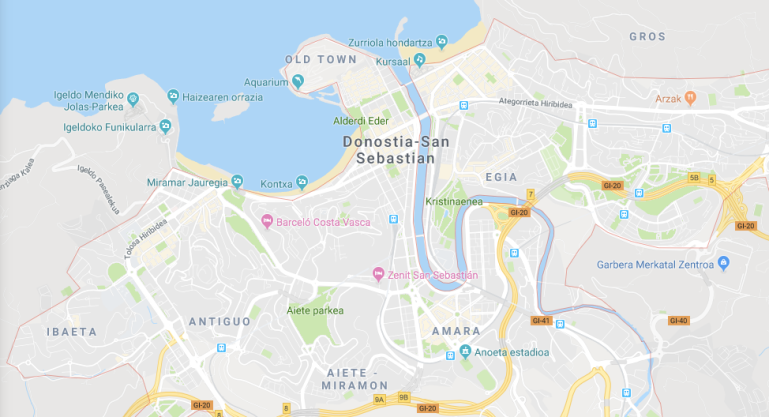 Here is the map of San Sebastian also called Donostia from the well known source Google. In San Sebastian there were a lot of runners out both in the morning ours and in the evenings. During my stay I found two really good routes starting in the middle of everything where I also stayed. They were so obvious that you couldn’t miss them. One went towards the left along the large bay and the other one around the old town, along the canal and crossing one of the bridges and then back on the other side and along the smaller beach.

When I made some research I found out that San Sebastian is a popular place for running and that was something you really could see. Some places I been to in the world like Saigon I was almost the only one running at. Here you had to pay attention when you were walking from the beach passing the running and biking track. So my conclusion is if you like a cozy city where you easily could go for a run in a nice temperature San Sebastian is a great place.

Where to celebrate your achievement?

If you get thirsty during your run I accidentally found a really nice bar. I was aiming for water after finishing a 10K evening run and asked at a small kiosk. He wasn’t accepting MasterCard but referred to a place up at the hill in the old town. I walked up and found a bar in a castle. I do honestly think that this was one of the best endings of any run I been doing ever. The view was stunning. The hole place is filled with nice bars so just pick one to celebrate your achievement. Or take a swim.

Google helped out to with a map also for Biarritz so I can show where to run if you are going there. I was actually not living inside the city limits of Biarritz but in Anglet, near the coast. The places goes together and from the famous Le Grande Plage in Biarritz it was 2,5K to my place. But the city center of Biarritz didn’t seem to be a great spot fro running so if you are aiming for a great run Plage de la Peterte Chamber d’Amour is the place to go.

There the views of your run will be like this. The bay of Biscane at one side and beautiful greenery at the other. 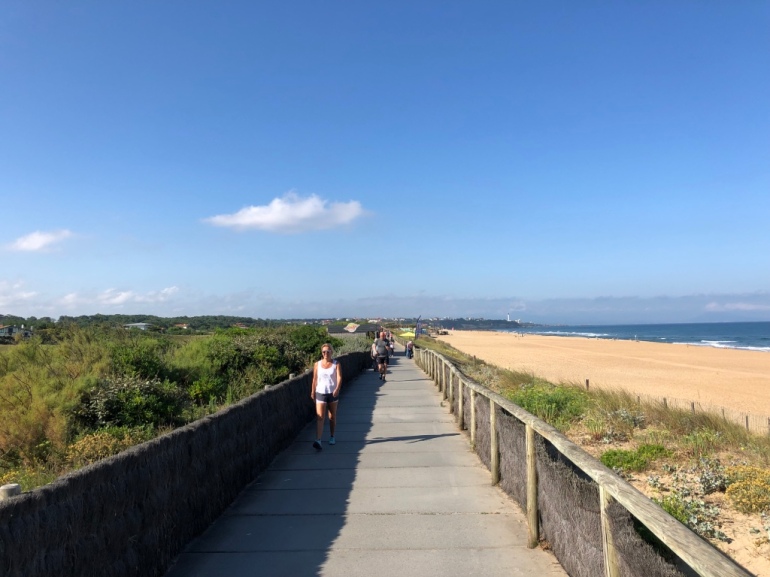 For kilometer after kilometer you can run at flat paved sidewalks. Enjoying the scenery and meet fellow runners. A few runs here and you will for sure be motivated for running again. At least I did. I have a few races that are coming up now. Midnattsloppet in august, Budapest half marathon in September and Lidingöloppet 15K also in September. Do you have any planned runs coming up or maybe, going on a runcation? or could it be that you have some great recommendations for where to go on a runcation another time?

I am sure there are loads of more routes that are good for running in San Sebastian and Biarritz but these were just a few easily accessible ones that I enjoyed.

/ Pernilla that likes to explore the world from a running perspective