Taiwan is a country of perfect to explore. There are loads of hidden treasures and you won’t end up being one of many tourists. It is easy to navigate since most people speak english to some extent, it is compulsory to learn in schools. It is a country near by China – similar to China when it comes to nature but more similar to Hong Kong when it comes to customs and societal norms I would say. Taipei is a city of 2 million people and quite spread out. The first time I visited Taiwan in 2008 I just explored the city of Taipei but during my last trip I had planned several activities. One of them was to go to the national park Yangmingshan that you find in the north of Taipei. Depending on where you are located you can take a bus to go there. It took me about 45 minutes from my hotel in the city center. With help of google maps it was very easy to find the route.

When I stepped on the bus I was the only western looking tourist. A few of the friendly and curious Taiwainese people immediately wanted to help me and were approaching me although they barely could speak to me. When I got on the bus I did it the Scandinavian way, got seated at an empty row but two locals started to clap on their seats wanting me to sit next to them. In that sense Taiwan is similar to Korea where I lived back in the days so what do you think I did? got seated next to a local or sat at my spot? I changed seat to sit next to a local. It was an older lady and you could really tell how happy she got when I sat next to her. Are you going with the flow when visiting new countries or bring your own customs?

Where to go in the park? 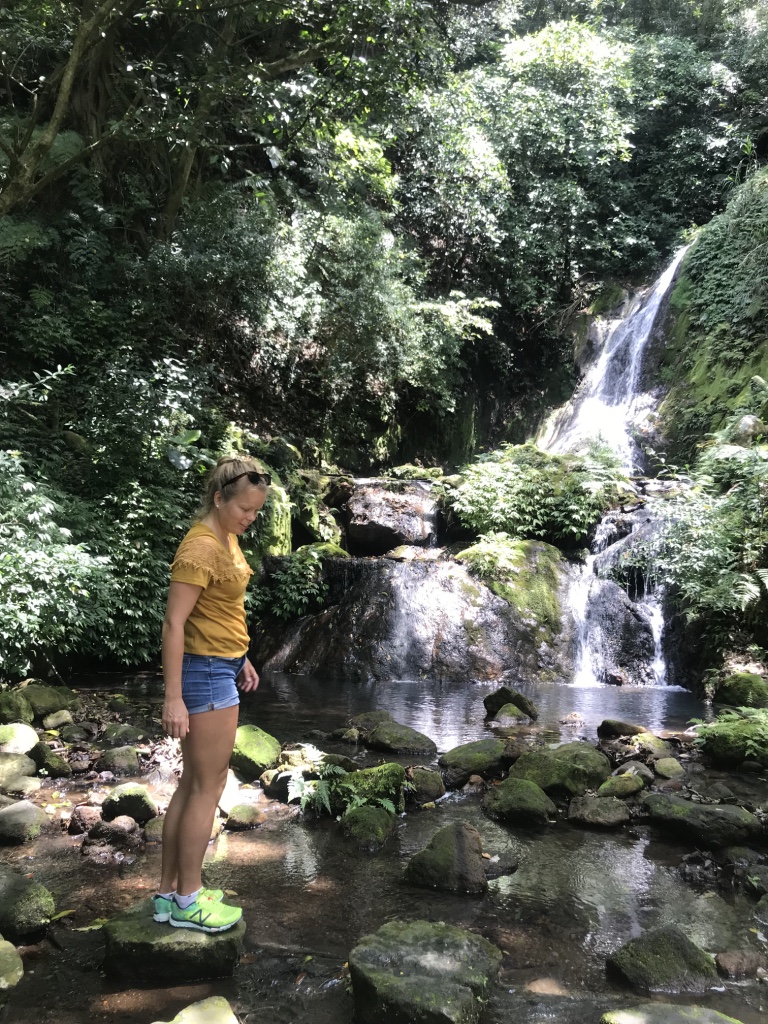 Yangmingshan national park is huge. If you go there make sure to get off at the central bus stop. From there you can take a route that goes around the whole park. You can buy a pass that allows you to get on and off for a whole day for about 5 EUR. When I was standing infront of the map deciding how I would spend my day there suddenly a Chinese girl, Ruby, that also traveled solo approached me and asked where I was heading. Neither she or I had any plans so we decided to explore the park together. It was hot, 33 degrees so we decided to first do a hike checking out waterfalls.

It was really beautiful, green and lushy. We walked around for a few hours and ended up taking a little detour for an hour just because we wanted to check out what was above the stairs. But the stairs we found never ended so after 40 minutes we climbed down again and headed for our next stop.

The cala lily plantations. On the route there the two of us became four travelers. My newly found Chinese exploring partner – living in Australia – and I picked up two Norwegian ladies in the age of my mum that also wanted to go to the cala lily fields. I really love this spontaneous travel adventures. After some time we got to the plantations (it was not all straight forward to navigate with the circle bus line) so thanks to the Chinese speaking girl we last but not least came to the right place and it was a natural beauty. 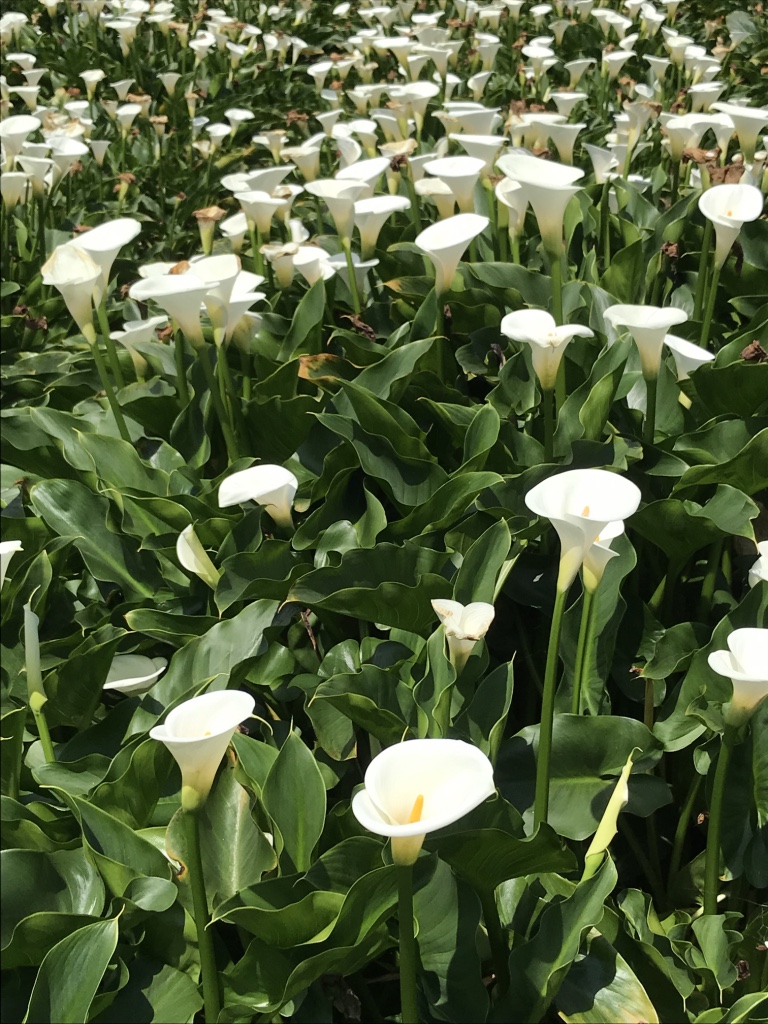 We walked around in the heat at the fields and had some well spent hours in the outdoors. It could seem to be far away from the city but it is not.

Many locals were heading to the lily plantations where you could pick flowers for a little fee. It was popular among graduates to go there, take pictures and have a nice time. Yangmingshan national park is very big so these were just two out of many stops. Taiwan is a country filled with natural beauty to explore but I rather do a few activities a day than rush from one to another. Okey, I am a quite quick tourist. But if you are heading to Taipei make sure to not miss out to explore the beautiful green outdoors not far away from the big and hectic city center.

/ Pernilla that had a great day in Yangmingshan national park