Two times in Taiwan, 11 years in between

Why going to one destination when you can travel to more? During my eastern trip about a month ago I started with Bali but after six days in South Bali I moved on and went to Taiwan. I been there one time before 11 years ago and loved it. For years I have wanted to go back and now it suited my itinerary perfectly with a direct flight from Denpasar to Taipei so the choice was easy to make. The question was, how did a developing city in South East Asia changed over a period of 11 years?

The immigration took quite a long time so I got into the city center pretty late. The last time there were only busses from the airport but now they had added a high speed train that I went on. 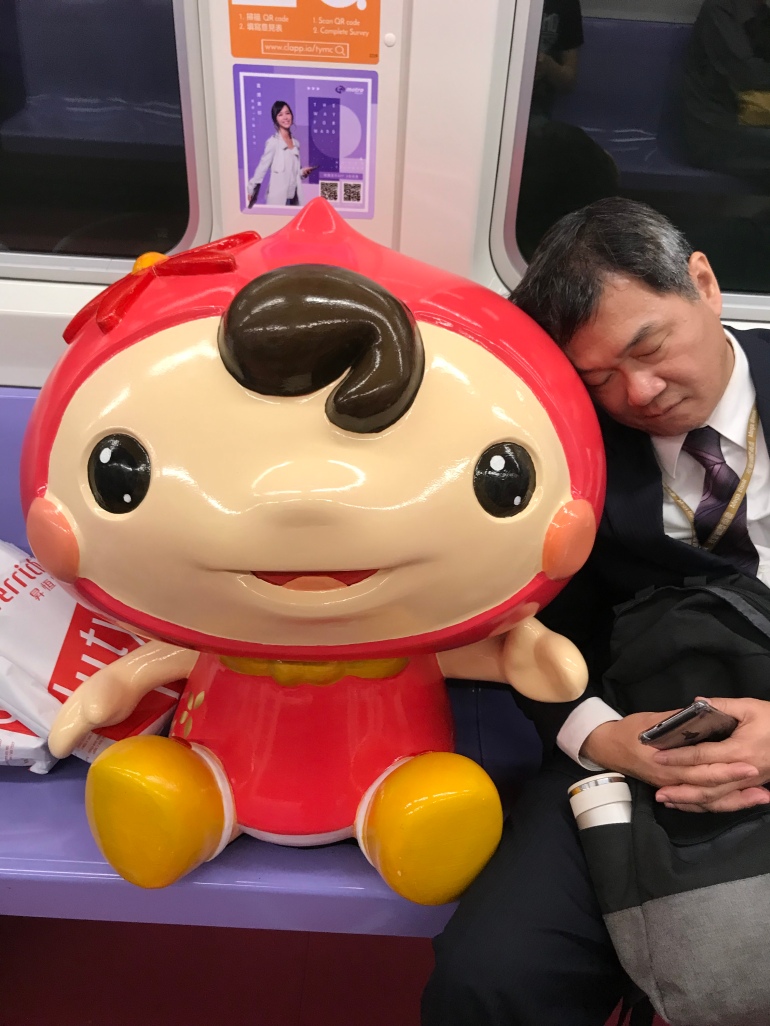 I wasn’t tired since I slept on my flight but in true Asian style the locals were sleeping at the train. I would be so afraid of missing my station. Wonder how many people that have happened to? 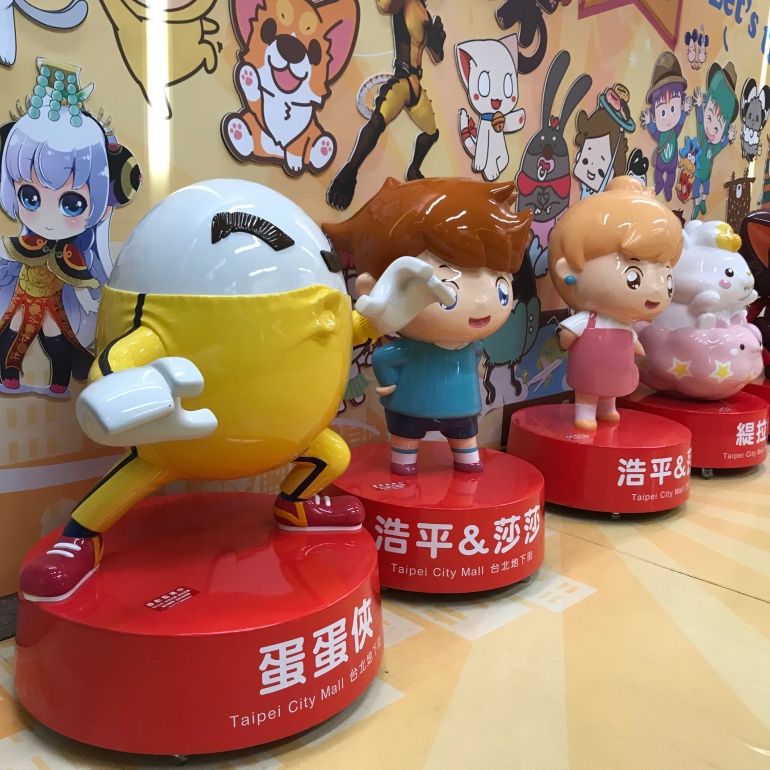 In Asia and especially Taiwan they love to decorate the city with cartoons. I remember that Taiwan was extreme in that sense the last time but when I walked from the airport train to my hotel I passed by Taipei city mall and there were funny cartoons lined up to welcome me. Love it.

I kept on walking the streets in central Taipei this Wednesday night and I felt very safe although it was about 11 pm. I passed by the cutest self service cafe ever. Buy your drink and sit down with cozy bears having your coffee. This would never ever work in Europe. It would be damaged in a day! 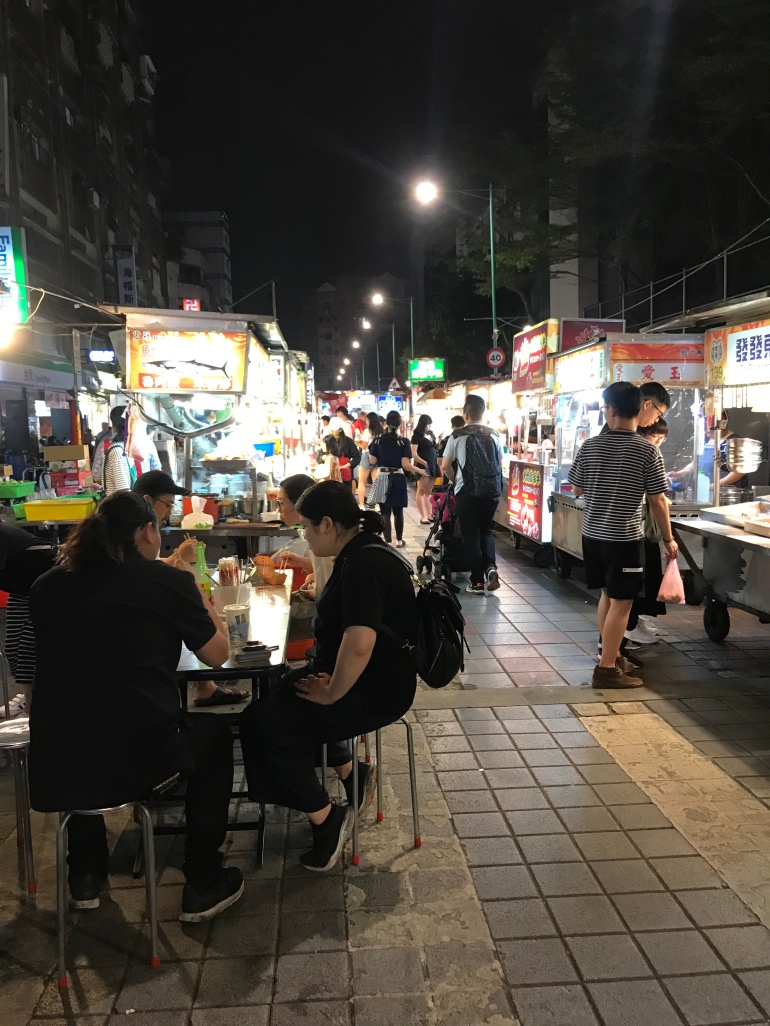 I had not had any dinner so my perfectly located hotel was located next to a night market. Perfect first stop for an Asia trip. I really miss out the atmosphere of night markets at home. Street food festivals at home are similar but not the same.

There are many street markets in Taipei and they are well known as a destination where you go out meet friends and have dinner together by buying bites from the different stores. The main ones are Ningxia (the one I went to this time), Shilin (they also sell a lot of fake stuff there), Huaxi street night market (famous for snakes and also called snake market. You can find a lot of mor markets but these are three of the main ones. A must do in Taipei and to my luck these have not changed since the last time I visited the city!

Taipei is a a green city. When it comes to green in terms of fresh air – not but green areas you find at many places. I visited a few parks. One favorite one was at Beitou springs and here the local life was going on. Kids were playing, elderly were sitting with their feet’s in the hot water form the springs (yes, I also tried!), people were practicing Tai chi and playing sports. I was also running in another park in the city center and also passing by a small botanical garden during my run.

These city parks I cannot recall from eleven years ago. In my memory from that time was a river without water and a lot of motorbikes. Motorbikes were still all over the place but not as many as before. 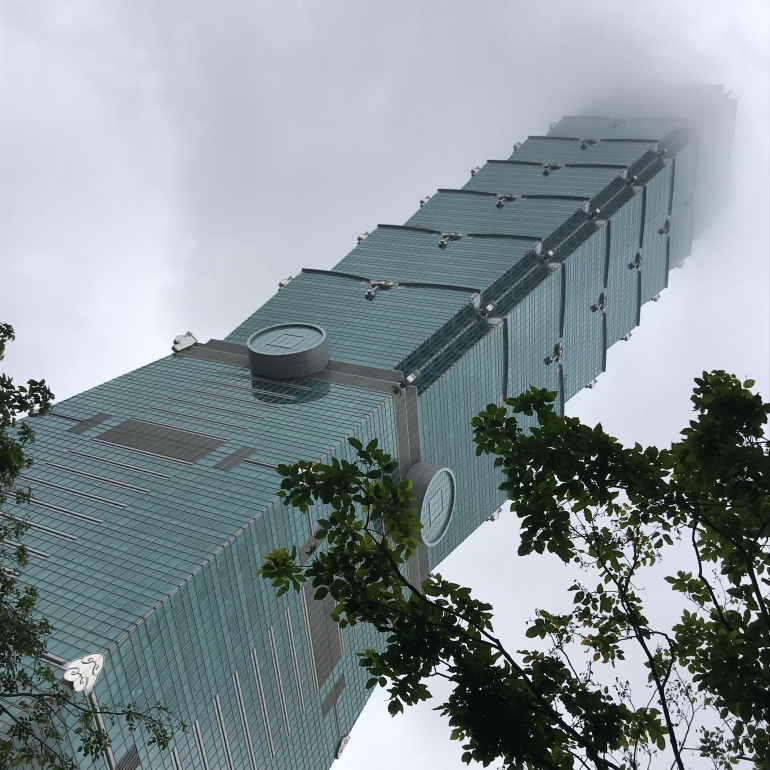 Last and least in this Taipei post comes the world famous building Taipei 101. 11 years ago it was the tallest building in the world but now it has been bypassed by Burj Khalifa in Dubai. I went to the top last time but it was so extremely foggy that you couldn’t see anything. Also these days when I was in Taipei it was to foggy for a visit the day I was near by it and going to a tourist attraction like this twice is not really worth it I would say. But if you haven’t been up it is a must.

Taipei is a fantastic city. One of my favorite ones. There are very few European tourists, it feels safe, it is very cheap, it is clean and people are so friendly, open minded and curious towards foreigners. Put it on your bucket list if you haven’t done already! Questions on that? I will tell you more stories from Taiwan and about the excursions I went to during my days there so make sure to get back if you are curious about what else to do in this magic place.

/ Pernilla that is in love with Taipei