The last weekend in September every year one of the challenges in the Swedish classic takes place, TCS Lidingöloppet. I am thinking about doing the Swedish classic but will see. Vätterunrundan is my fear. 300K of biking around lake Vättern. But now the first step is done. Vasaloppet I will do in March (my 4th), Vansbrosimningen is duable so will see what happens. This could be part of my 35 year crisis? who knows. But here comes the story of Lidingöloppet 2018. 30K of trail running. 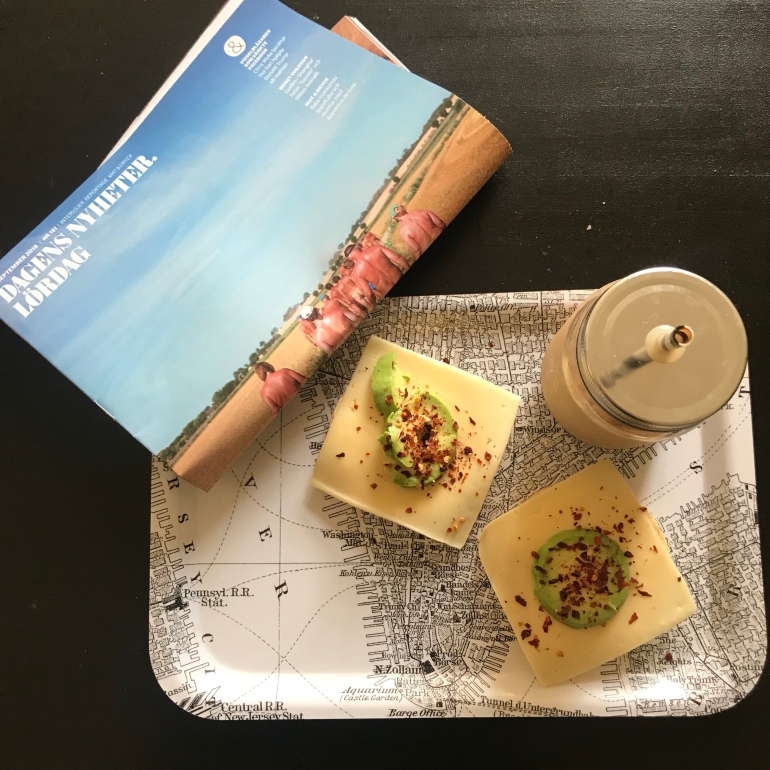 The race started at 12:50 for me and the others in group 3. A difficult time when planning eating. I woke up just before 7, had yoghurt and coffee then I went to SATS to do my favorite Yoga class for an hour to stretch my body. Went home and had brekkie. Smoothie and rice cakes with avocado and cheese. Yum. Chilled a little at my brothers place and played with his cute son then we biked to Ropsten from where we took the bus to the start.

Queing up for things is on the top of the things that annoys me in life so I was very happy that TCS had a fast track. It took 10 minutes to get the bibs printed and then we walked pass the fair and said hi to some well known faces.

I had the honor to have two strong pacers with me today trying to reach the golden goal of a silver medal (run below 2:38), silver goal to run below 2:45 and bronze goal to finish below 2:50. 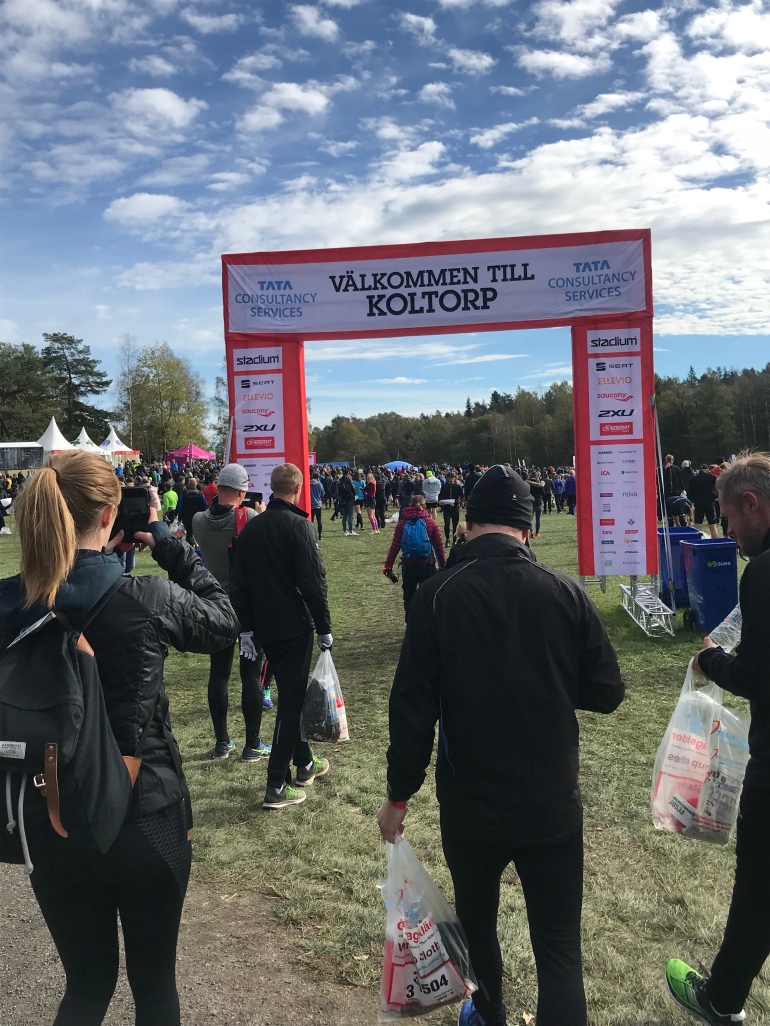 Although I have been running LL30K three times before and 20+ marathons I have a huge respect for the hills. The plan was to go there earlier this week to have a review of the course but it was not possible and without a good plan on how to run it is very difficult to know where to run fast. The first 10K was very crowded and in order to finish the golden goal we needed to run at around 48 minutes. But we failed that one. To crowded.

The next 10K we kept our pace and was still on time for the golden goal. The legs felt heavier and we walked the hills. I celebrated half way with a gel. Got some pain in my tummy. Guess the sweet stuff was not the best option for lunch. This part was actually easier than I could remember. We kept 5:10 in average pace (5:17 needed for 2:38).

The the final third came. Here I was super tired for 500 meters. The previous 10K was hilly but more small and big hills combined and that is not massage for the legs I can tell. At around 22K I had a pepsi which was giving me a stitch and the dream of getting a silver medal came to be a dream. Had to walk for 1,5-2K and we also splitted up our group. The struggle was real. I was looking forward to Karin’s backe and Aborrebacken because then I was allowed to walk. After a bit of walking my stitch felt better but it didn’t go away but it was possible to run again. All of a sudden I passed the 25K line and was kind of surprised. I knew I was going to finish below 2:45 here so I didn’t made any extra efforts to go for 2:42ish or so. After 2:44:27 I was done. Finished. Finito. Färdig. 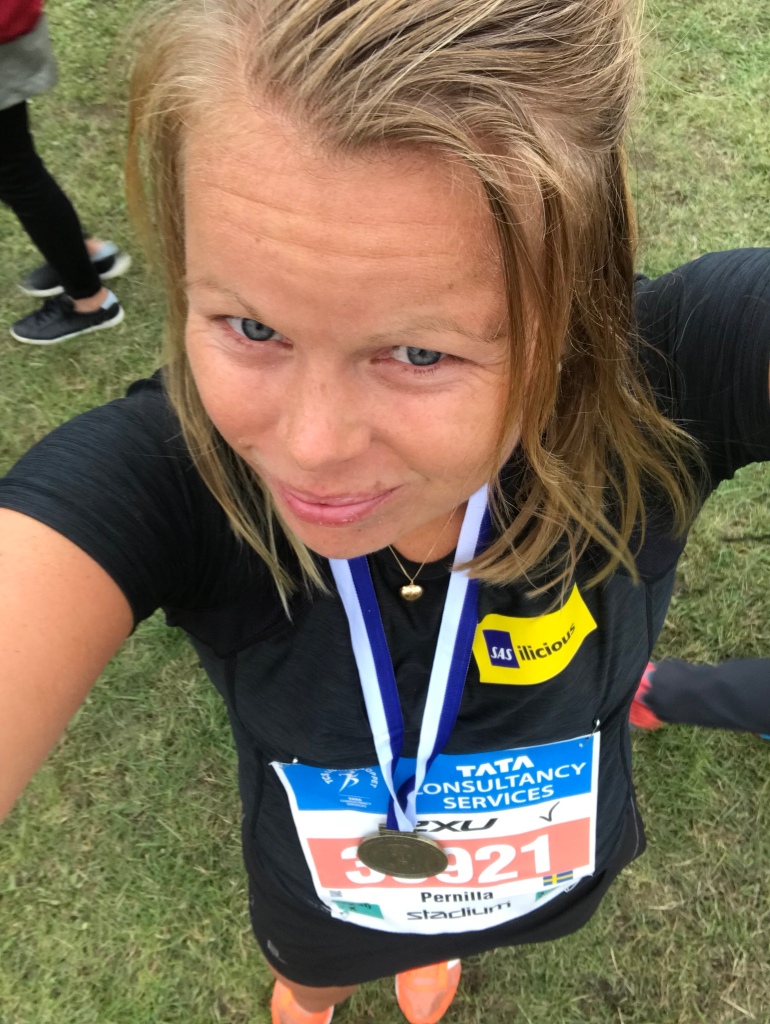 The medal was mine. My 4th 30K of Lidingöloppet. I really like to organization and running in the forest BUT the crowd and the hills makes it tougher than any marathon I have been running.

Since I was running for TCS we were invited to the lounge so we went there to have food before taking the bus back to the city.

At home again after the race I was using the rolling-pin to massage my legs. It helps! Seriously. Anyone else who was running at Lidingö this weekend? what was your story? or maybe it is a goal of the future? I will most likely not do the 30K next year but if I don’t have other plans I will do the 15K since I actually run that race because I like it.

Last run story for a while. Next week will be Zanzibar themed.

/ Pernilla that is happy to have completed LL30K again