Croatia is really one of my favorite destinations for doing holiday in Europe. I was dreaming about a sailing tour this summer but then corona came so that is put on hold until further notice. Croatia did still though offered possibilities to go island hopping so who am I not doing the best of the situation? After a day of enjoying the beauty of Split I booked a ticket to the island of Korcula 2,5 hours from Split to explore the archipelago. It was easy to get the ticket, I just passed by a stand in the harbor and booked it otherwise you can also do it online but I prefer eye-to-eye in Croatia since I don’t really trust their booking sites and wanted to have the latest info in person. 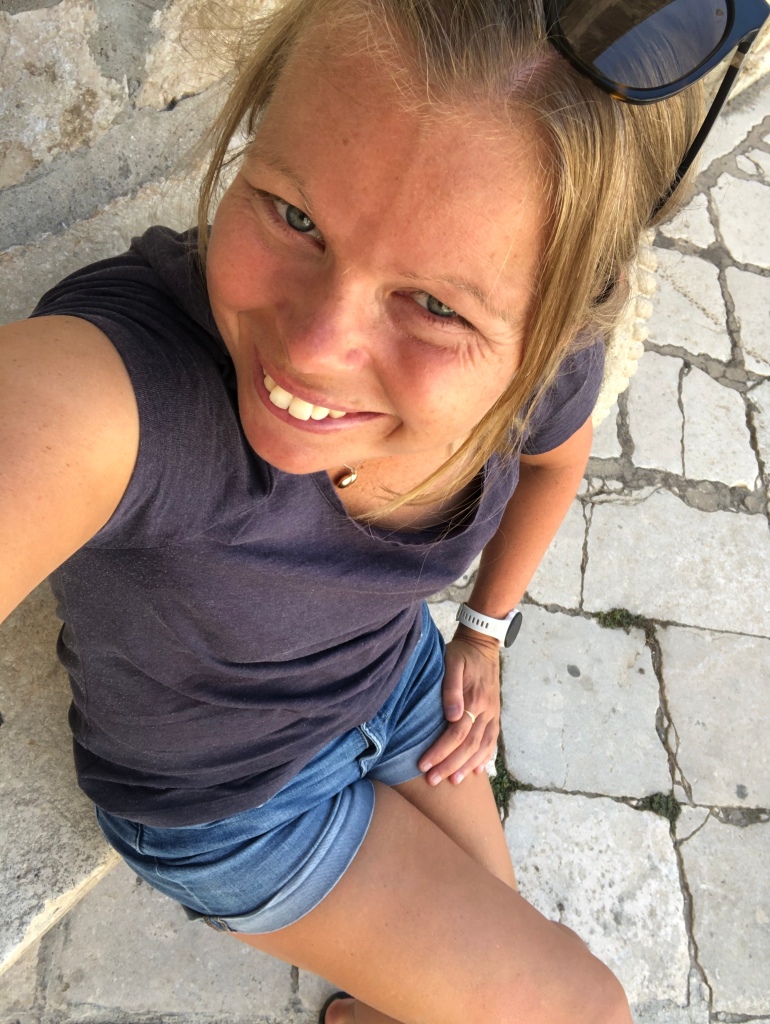 I had never heard about Korcula island up until two weeks before I traveled to it and it was a uni friend that posted at her instagram that she was there and it seemed to be way to beautiful to not go there so I got inspired and went.

It was a fairly big island and the former home of the worldtraveler Marco Polo and as a worldtraveler of today I felt at home from the moment I entered the place. The old city center was small but fantastic. Narrow alleys and some hotels of which one I stayed in. We were only two guests at the whole place (this is normally the high season) and got treated like queens and could check out whenever we wanted. True hospitality that I put a very high price on.

There were quite many places to eat and drink and it was very cozy atmosphere. I can though imagine it to be a party place other summers. There were also some super yachts in docking around the old city and taking a walk down at the water looking at them while the sun was saying good bye for the day is worth a lot to me. Just feeling the breeze of the Adriatic sea is something else than feeling it at Gotland although that also is great if you are in that mode.

You find a lots of options where to walk at this island and it was very beautiful all around. 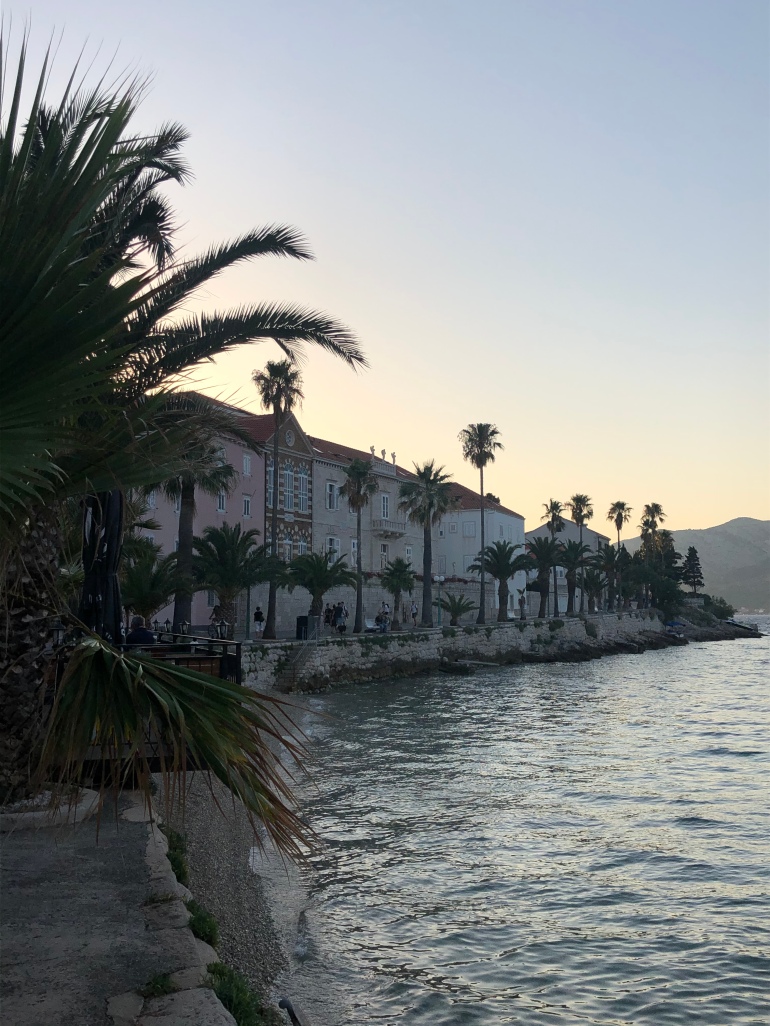 Even for running it was perfect. Not to many cars and I mean, look at below view. That is what I got to look at when I completed a 10Ker one morning. 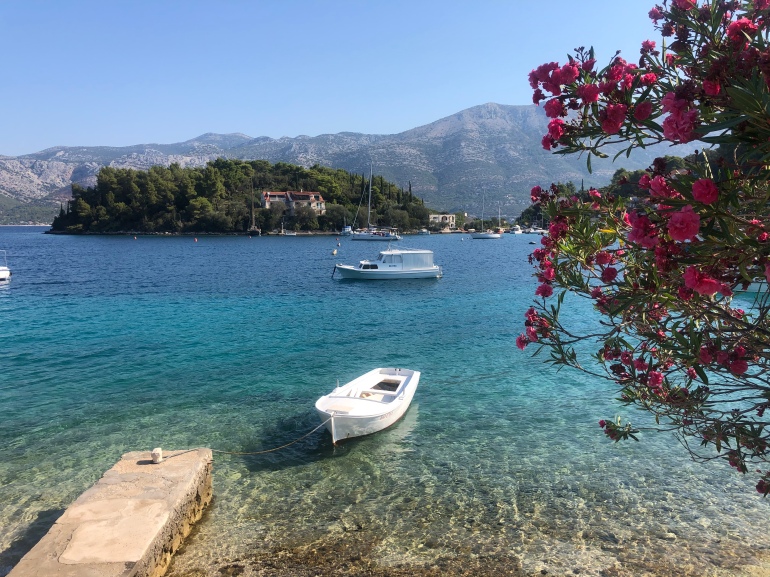 Then I had a yummi lunch. A banana smoothie with a view. A million dollar one I would say. Food wasn’t expensive either. 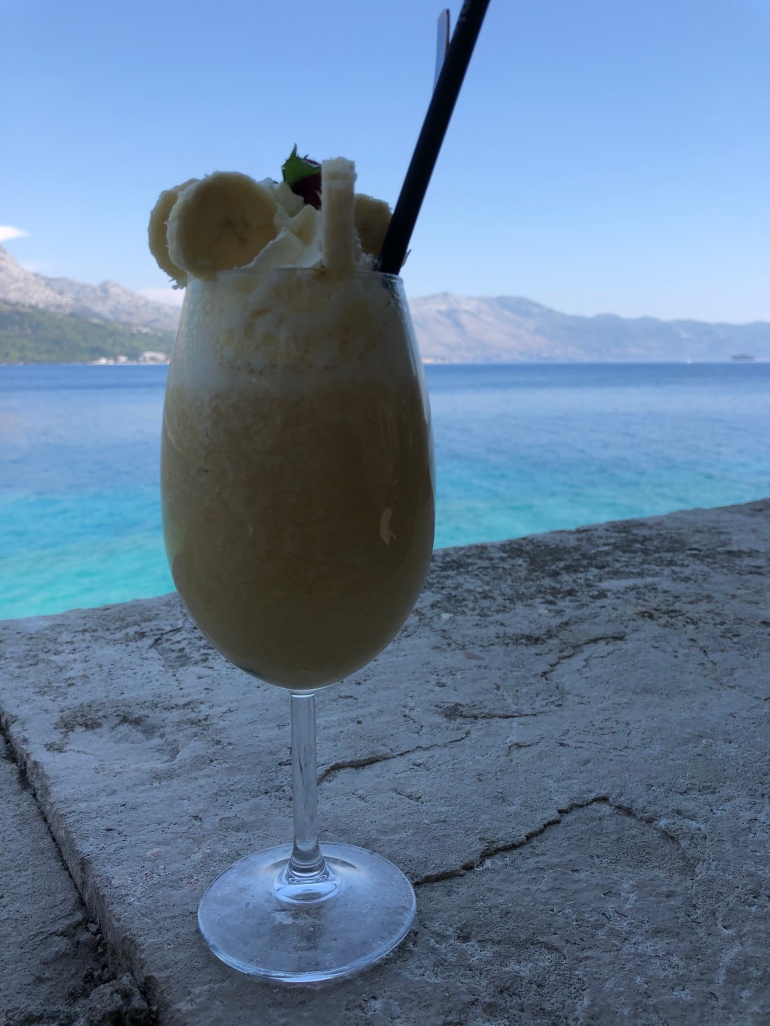 The lady that checked me in at the hotel recommended to buy a ticket for island hopping and who am I to say no to something like that?! I followed her advice and for 15 EUR (2020 price) I got to jump on and off boats the whole day and could visit a bunch of beaches and islands in the nearby area. My favorite one became Badija island.

When you got off the boat a bunch of deers welcomed you. How magic? like my favorite place Nara in Japan but here right on the beach.

Then there was a walk around the island which took about an hour to complete. I did of course walked around to see what the island had to offer and it was great views and small beaches. 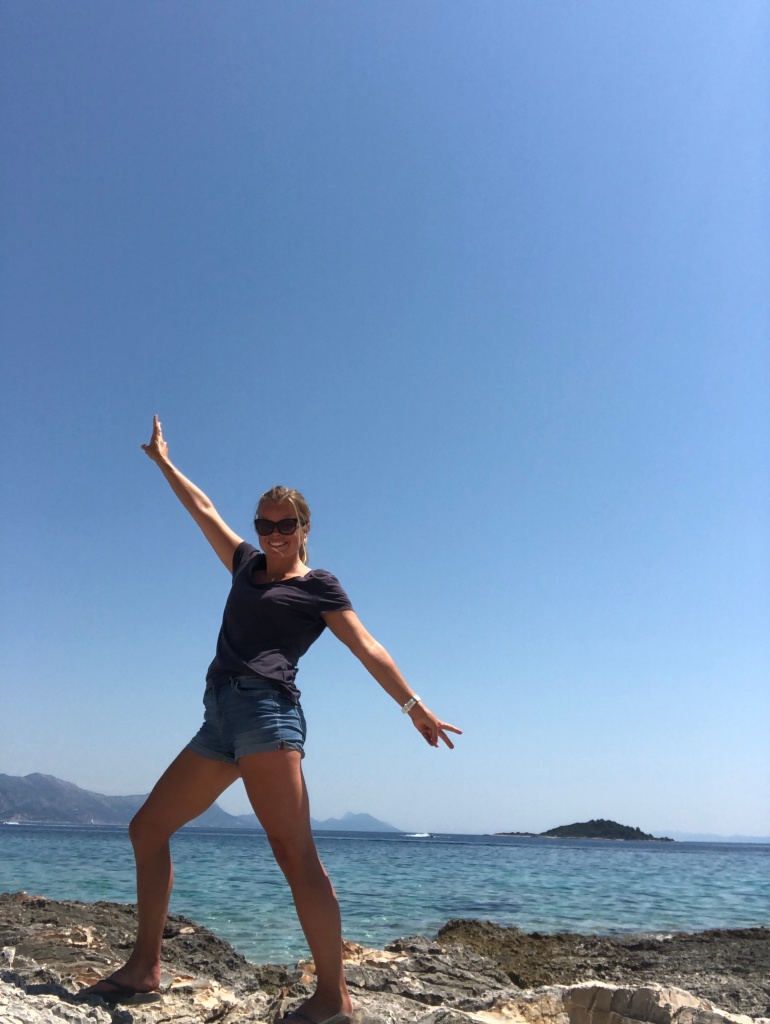 Like everywhere else in Croatia it was turquoise blue water. I really, really love this country. The mountains, the landscape, the nature, everything!

After I went to Badija I stopped by Vrnik for a dip. Also a gem. Smaller but very beautiful. Then my last stop of the day was Lumbarda beach at the mainland. A beach I expected to be nicer but it was good for swimming so I did a lot there in the open water and finished up my day before taking the boat back at the beach bar. I could really, really recommend going to Korcula for a couple of days. I spent two days there and got to see a lot but if you want to relax and not jump around at your trip you can definitely fill a week there with beach activities.

I still have Hvar and Brac left on my visit island in Croatia island list so don’t be surprised if I get back next summer for a four years in a row strike to Croatia. Have you been to any islands in Croatia? which one did you liked the most?

/ Pernilla loving to travel to Croatia