Five weeks into being grounded in Stockholm

How are you doing nowadays? hope you are not suffering to much from the crisis. I am doing a recap of the last weeks I have spent at home here in Stockholm doing involuntary travel detoxing. Luckily the rules arn’t that strict like in the UK, France or Italy and every day waking up being a prisoner in my flat is a true blessing. Seriously.

I got called back home to Stockholm from my semi-abroad working life the 12th of March. That is now five weeks ago. At this point I thought this would soon be over and after Eastern the world was going to open up again to not risk the economy. I was very bored but the insecurity about what was going to happen in the future didn’t bother me too much since I know I can’t control it to a big extent anyway. The first week in Stockholm all my activities was canceled. Events, soccer training, social gathering – everything and I was left with an empty calendar. What did I do? made a bucketlist of possible project and signed up to university classes in case I would lose my job. 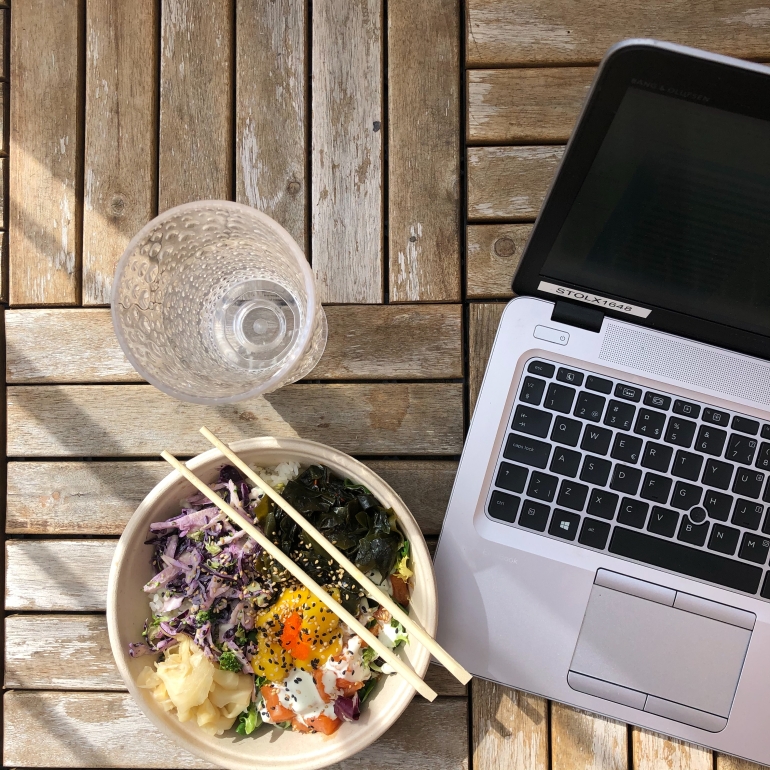 Here we are talking about 23-29th of March. The sphere outside of my own calendar got canceled. Entries to the US got banned. Flights all over the world was canceled and we got informed at my job that we would be only working 40% during the coming 6 months in total. That means 60% more sparetime than what I usually have but nothing to do. I got panic. Realized this was going to be a long recovery for this crisis and the aviation industry would be hit very hard. I still tried to keep my routines and go to the office. And I was walking. Walking a lot. 20 000 steps a day on average. Watching the cherry blossom in Kungsträdgården, took walks at Djurgården, Lilljansskogen, Kungsholmen you name it. All around the surrounding areas. I signed up for a trial week at Nordic wellness gym and went to many classes since my SATS card is blocked for another month since I thought I was going to be abroad still. We started to practice soccer again and played a game. Life was back to somewhat Stockholm normal again.

Stay at home, wash your hands, keep the distance. Now we were told to have home-office if possible and the 40% working week started. Myself still had a lot to do and the normal things you do take 30% longer time to do when working from home so I was trying to squeeze in as much as possible during my 8 hours of work Monday-Friday. Since my projects are still running I am not working 40% until later on so 100% and not more was said. I kept to that and got loads of more fee time than I was used to. This week I was really, really bored. Played soccer twice and that was among the only activities I had outside of work. I also got the brilliant idea to take Teams and Zoom meetings on the walk if possible and I was walking even more this week. As much as 30 000 steps for many days. And I was running. Not 40-50K a week but 60-70K a week. 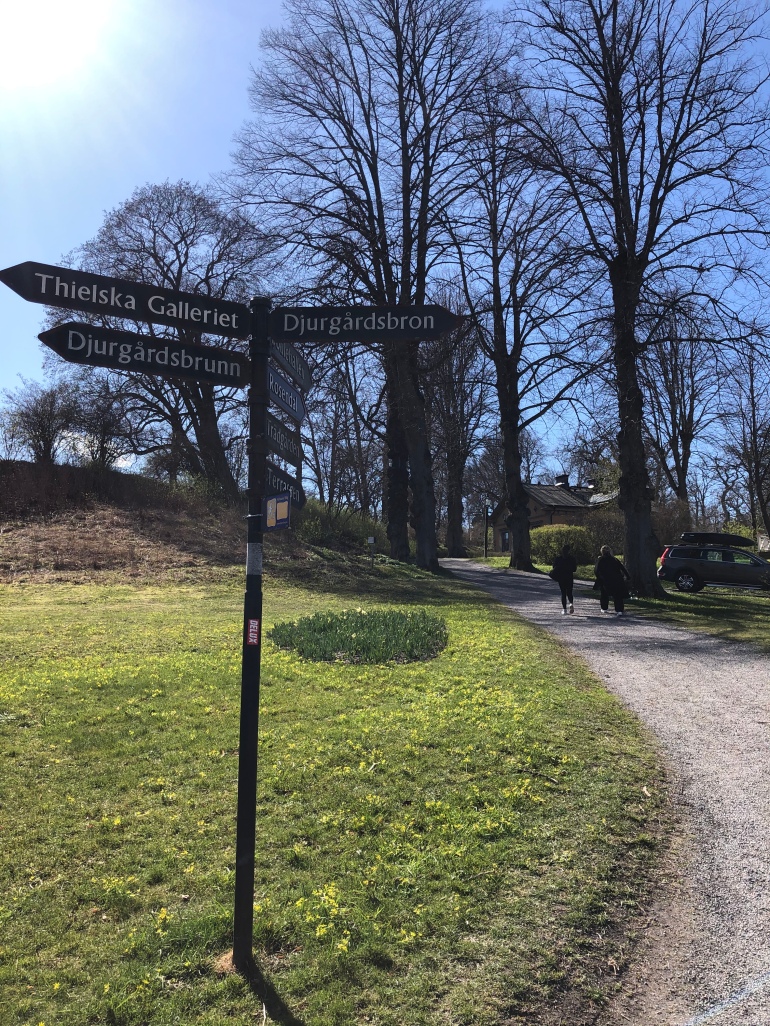 My boredom hit a new level. I was finishing up some interior project in my apartment, started up a photo project, painted my balcony furniture, made the below lampshade, baked ugly cookies that was supposed to be insta worthy and so on. I was really bored and got a deep dip. It felt like I was unemployed but I was not. I have been working since I was 15 and being unemployed is one of my biggest fears since I enjoy working. The last time I had not enough to do was when I finished my university just in the mid of the financial crisis and during the summer I only worked partime with a sustainability project at MQ (which now got insolvent) and although I had a job I was starting at Lufthansa after the summer I remember have not many good memories from that summer except a trip to Sicily and one camping trip to Halmstad. The remaining time of that summer I was just miserable and I don’t wanna end up there again due to gloominess so trying to keep myself busy. 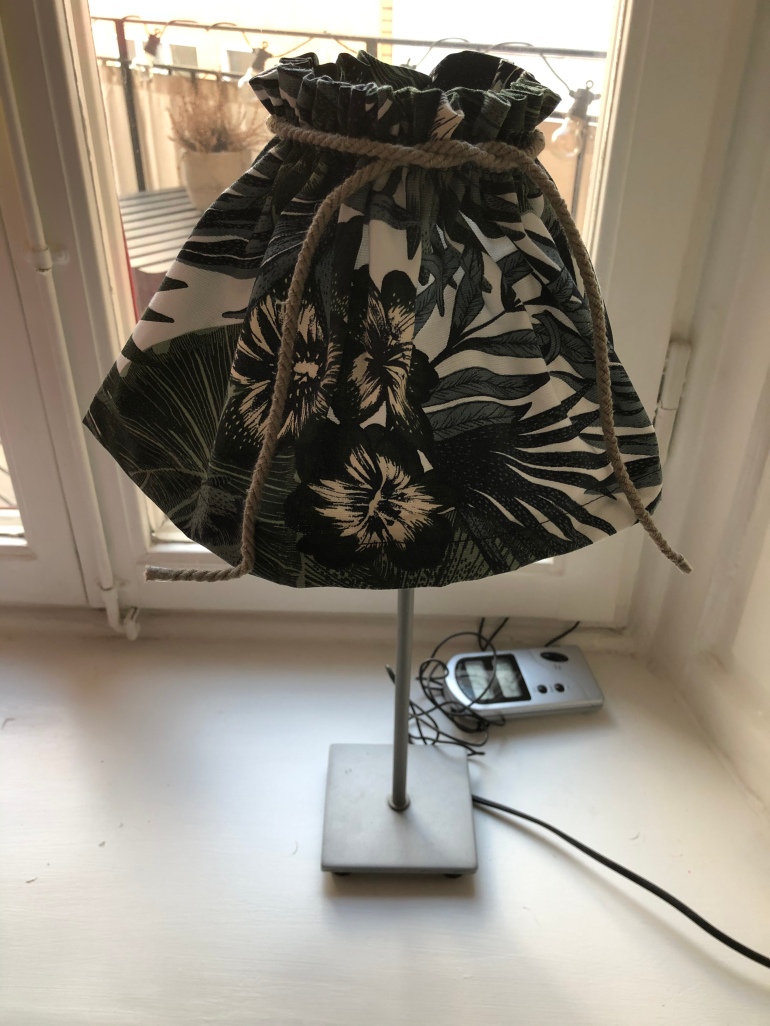 Forth week in Stockholm

The first three days I was a bit easier. I had been socializing the whole weekend with my parents that had been over at my brothers place and also seen a bunch of friends. These weeks I once again realized that I don’t like to spend to much time with myself and that I really need change of scenery and being busy doing things. I was trying out new running routes and decided that every week I should try one new route. Eastern came and I left Stockholm (sorry Tegnell) for my hometown. It was worth it though. I had quite a lot of boring time there aswell but got new energy to spend some more time in Stockholm. I still worked 100% and since the restrictions wasn’t losen up as I thought I realized this crisis will be long lasting. For the aviation industry it is said to take until the end of 2022 to get back to the pre-crisis levels and that does of course means less demand for people like myself. But since I would like to keep on working in that area I will not leave in fear of what might come so I will just do my best and see what is happening.

I had such a huge backlog in my work after only been allowed to work 100% the last weeks so this week was dominated by work. Even during the weekend I worked quite a lot. One day I met up with colleagues for an outdoor afterwork which was way to fun so the next day I suffered quite hard from that. But that was worth it. During the weekend I managed to get out and explore Nackareservaten with 1000-ends of other Stockholmers. The weather was great the whole week. However, what made me pissed this week was that on Thursday evening the soccer association in Stockholm decided to postpone all senior games until further notice and I had really been looking forward to this season that was going to start the day after so that was a big disappointment. On Sunday I was finishing up the running week with a 20K session in beautiful weather. Wished more than ever there was races to participate in now. I love training but competing against someone else timer than my Garmin watch is funnier.

Also this week has included a lot of work for me. It was supposed to be my last week of work until 31st of August with exception for two weeks in mid May but that plan changed due to heavy workload. So apart from working I have been growing plants, baking bread, cleaning a bit more than needed in my house, putted a new layer of oil at my balcony, running, playing soccer, seeing my brother and family and written quite many blogposts. And I booked a trip. I also worked from home one day but that concept is not working for me so I stick to work from the office and do spacetime activities at home. One of many sad news this week was that one of the writers at the travel site business class committed suicide. Only 37 years old. I really hope that was for other reasons than missing out traveling.

So what next weeks brings up I have no clue about but time will tell. I am though fed up with Stockholm and plan like a retired person not scheduling more than one happening a day. For example I want to buy airpods and some other stuff but that I will only do on a day when I have nothing else planned. I thought this stay at home and do nothing would start to easy up by now but for every week that goes it feels like that gets further and further into the future. But I really hope not.

/ Pernilla in the corona capital of Sweden