In the morning of my third day at Tahiti I got up at 6 am to have breakfast. Baguette with peanut butter and coffee. How French can it be? Then I walked to the ferry taking me over the crystal clear water to the island of Moorea. 45 minutes later I arrived at the greenest island I ever been to. The scenery were gorgeous. I took the local bus to my guesthouse and there I met up with my Walish travel mate I got to know i Papeete. Such a coincidence that we had booked the same places to stay at both islands. I am so happy that I found a co traveler here otherwise I would have bored out. Luckily she thought the same. We actually also became the three of us at Moorea where a Belgian guy added up to our travel group.

The days at Moorea

The days at Moorea went by in a slow pace. Island pace. People were waking up with the sun and goes to bed with it. There is very little traffic on the island and the roads are very good with a separate bike/walking path so one day I was out for running sightseeing and found some pretty awesome spots. The run was also awesome although it was above 30 degrees and humid as in a green house.

Another day we hitchiked to a small town called Mahapete for souvenir shopping and having a coffee. The town had a handful of boutiques, banks and a supermarket. Hitchiking is the way to get around island according to our French B&B owner since taxis are almost not existing and the bus runs just a few times a day when the ferry leaves and arrives. So now I can check that off my bucketlist aswell. That is what a true traveler must try, right? 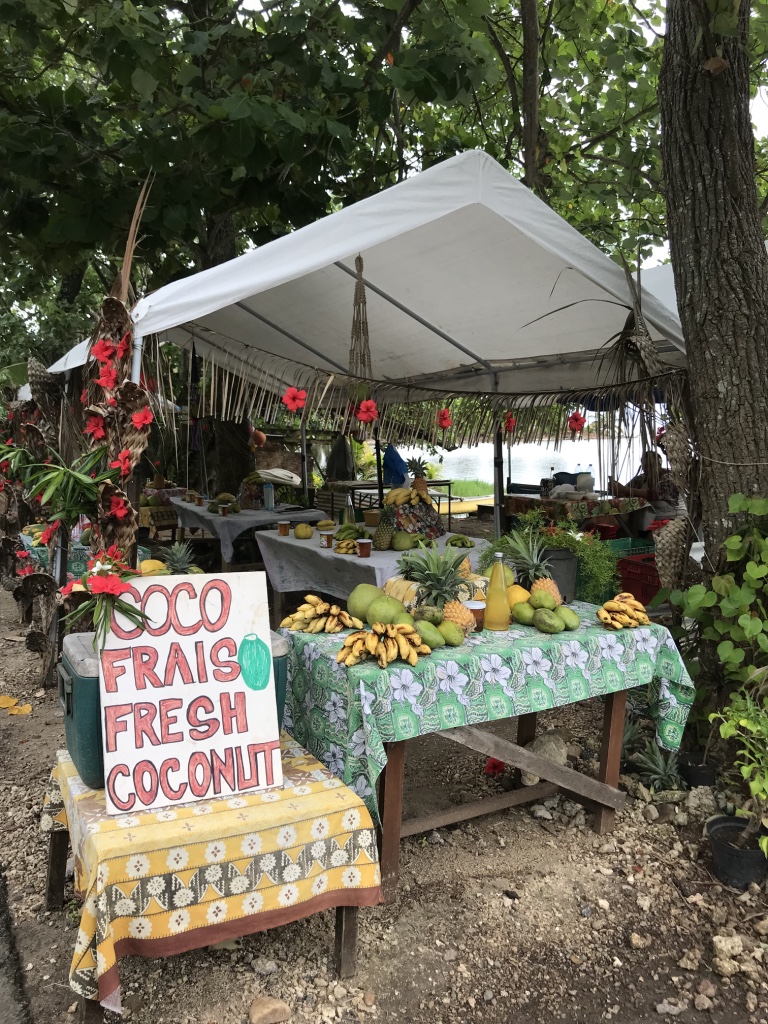 During the evenings we walked to Hilton for having wine and dinner. There are very few restaurants and if you find one you never know if they are open. That is how laidback it is here. Like a coffee shop we all planned to go to but a signed told us it was closed due to vacation for an unknown period. 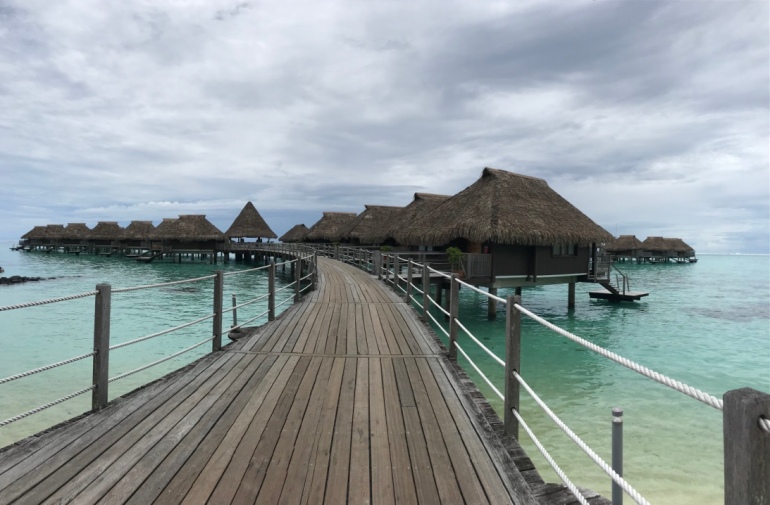 There are just a few public beaches. So during the days I spent at Moorea I tried all of them except one. Cooks bay. Sunset beach was the best one in my opinion. However you shouldn’t do beaching without shoes on because you face the risk of stepping on a stone fish (well, according to our French host two people steps on one a year but still…) and then you need immediate hospital treatment. The water in the lagoon is very calm though so doing snorkeling or SUP it is perfect for.

I was really feeling all relaxed after these days at Moorea. Just reading books, talking, running and drinking wine. French Polynesia feels far away. You looking out towards the horizon and what you see is just blue water although French Polynesia consist of 120 islands. Five days of island life and I could tell that I was so ready to get back to the civilization after this trip. Everyday life is so different for so many people of us around the world but I am still wonder how the people survive the calmness at the island and what they actually get income from since it is expensive..

/ Pernilla in relaxing mode after a vacation in the French Polynesia