Do it once, do it twice and then it is a tradition. When I am in Stockholm during the Midnattsloppet weekend I always try to run it. Why? It is a fun race, good atmosphere and a reason to go to Södermalm. This was my 7th time doing the 10K around Söder. A challenging course and with a one year older body and soul. But we take it from the beginning. 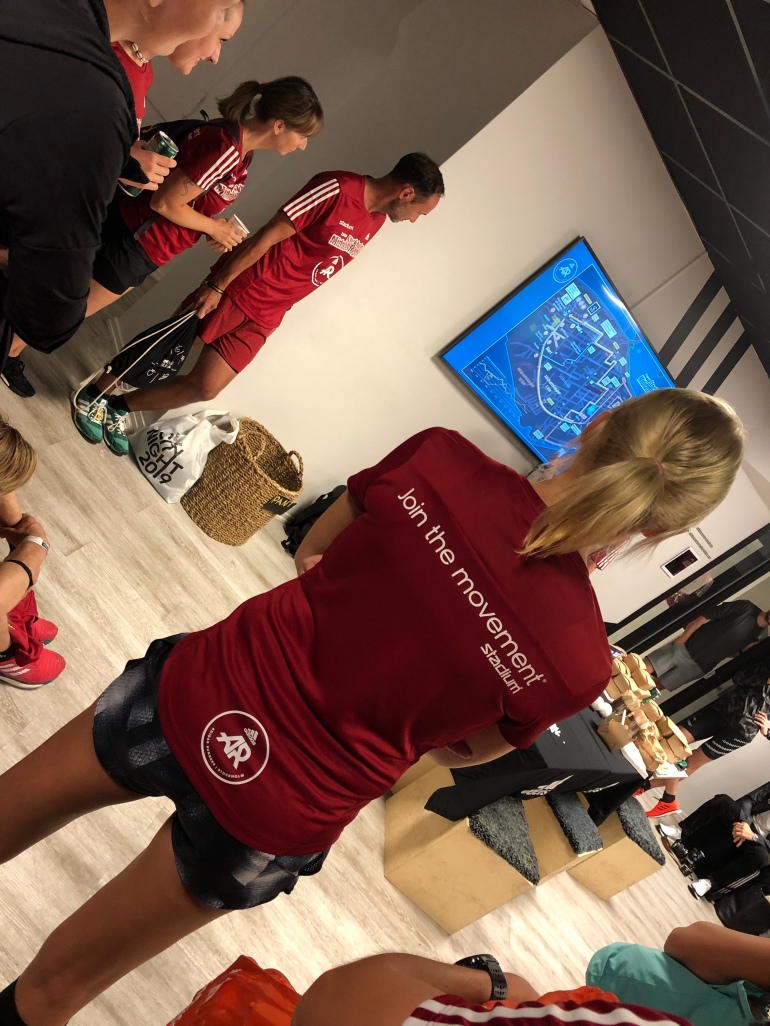 From time to time I am running with Adidas Runners in Stockholm. It is a global running community in major cities in the world hosting distance runs and intervalls. You can just show up at any location worldwide and join for a run. Here in Stockholm Midnattsloppet is their main event outside of the weekly runs so before the race a lot of runners teamed up at the runners hub in central Stockholm. We got food and drinks time to hang out before busses took us to the start. 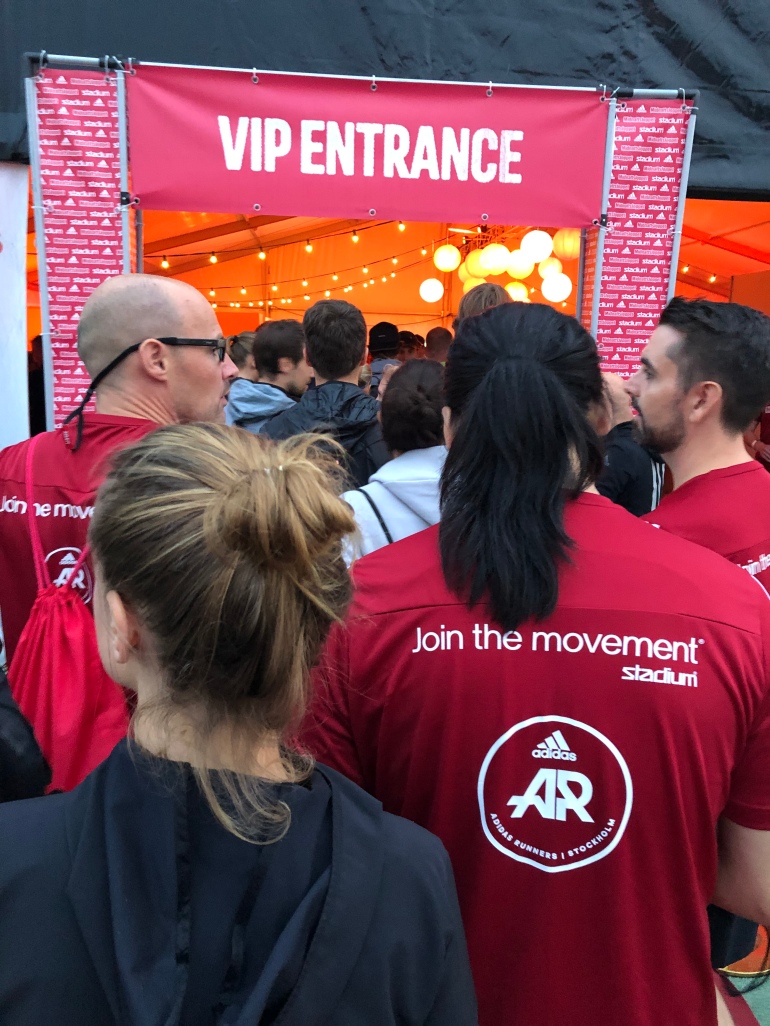 There we got to go into the VIP area until the start. I had a Nocco and ate a few Juleskum and a fruit. Although I like to run at late hours I do not usually start my runs at 21:30. And during the weekends I always eat less and sleep more than in the weekdays so I had no good routine for how to optimize the pre-run. And in the morning I went to a Bodycombat class as a warmup. Can’t lay in bed and wait for what to come the whole day? or?

In this race you can sign up for various starting groups depending on your expected finish time. I decided to got for 45-49 minutes since I was planning to run somewhere in between there (in my wildest dreams I hoped for sub 45 but this course is challenging). Ten minutes before the start I realized it was time for start and definitely no time to stand in line for one of the few toilets so what do you do then? don’t go or go with the flow into the forest. I jumped over the fence and found a good spot in the front of my group. Then it was time to face the 10K course.

I did immediately felt I had a good flow and I know that the first three Ks are easy ones. I didn’t wanted to run over my capacity and decided to not check my watch. Just run, lah. And as always, after two kilometers the slowest runners from the starting group before mine started to fill the streets. I had to run, stop, run up on the sidewalk, slow down, speed up and do the same procedure all over again. For a minute or two I thought why do I do this race when I don’t even like it because of the crowd then I changed my mind and decided not to check my pace at any point and just go with the flow.

The running conditions were perfect. Not to hot and not to cold. The hills came. And felt like climbing Mount Everest (okey, have never done it but…). Then suddenly I passed the 7K sign. What happened? 3K is nothing and my legs felt for running so I was just running. I was even thinking it would be a fun thing to run two laps. One for getting a good time and one for the experience. I know this is more an experience run than an optimal race for chasing a good time but when someone is taking the time I want to get a good time. Anyone else who recognize that?

And I finished in quite good time. 46:05, I was happy with that until ten minutes ago when I checked the time from last year. Then I finished in 46:00. Damn. Well. Five seconds is nothing but still. I don’t want to get slower. Running 10K races is not my favorite more than a love hate relationship. I mean, you cannot afford to lose any seconds in order to get a good time compared to a half marathon where you can relax a bit and then do the next K 30 seconds faster.

When I was finished with my round, instead of going for a second one I stopped and watched fellow runners. There is also a dress up class and I am deeply impressed about the funny costumes. I noticed Santa and his elks, dinosaurs, a girl that had put herself into the arena Globen, elfs and another girl running inside a Paddan boat. I am not a dressup person so you won’t find me in a costume next year but if I have the possibility I will face the heights of Söder again. Anyone else who has been running? or maybe cheering?

Thanks Midnattsloppet and Adidas runners for a great event!

After last nights race I started to plan more races. Races is one thing that actually motivates me for running. Who doesn’t like to compete? This far I have Budapest half marathon, 15K of Lidingöloppet, TCS Amsterdam half marathon in my calendar. Let’s see what else I can manage to fit in. Honolulu or Singapore marathon, Ljubljana marathon are strong candidates and right now I am really need a bit of the US so might be heading there for a long weekend soon. Have to look into my calendar.