Some things you do again, and again and again. Like running Midnattsloppet. If you start doing it it becomes a tradition. Yesterday was my 5th race at the Southern hills of Stockholm and it was as always a great fun race and kick off for the fall running race season.

I did not reserved a spot in the race I bought one online from someone who could not run so I had to go all the way to Kungens Kurva to pick up the race pack. The rain was pouring down so I combined my tee pickup with a visit to the famous furniture store IKEA and pre race warmup with a Bodypump class at SATS Kungens Kurva. In the afternoon the sun was back so I was chilling at my balcony to rest my legs for the upcoming 10K. 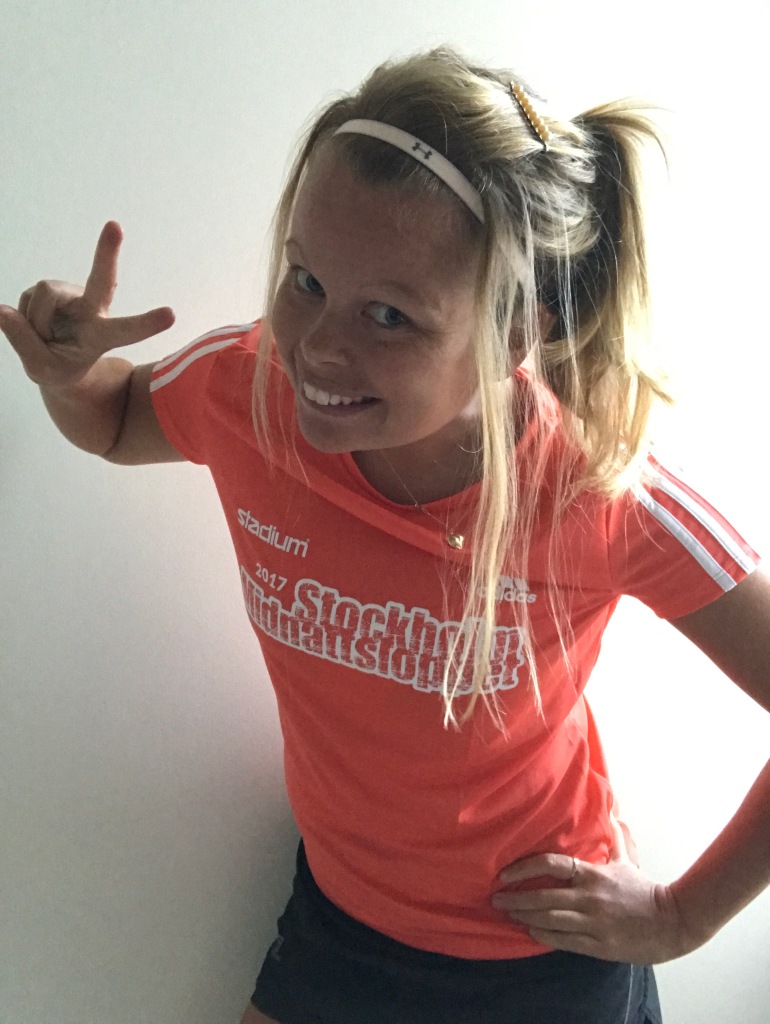 The it was time to put on the most common t-shirt of the day, the apricot Midnattsloppet tee. Of course I had to take some selfies before I met up with a friend and bike to the start. We arrived 40 minutes before the start and met up some colleagues of her at the company area at Zinken for some pre-race pepp and photo session. Then it was race time for us in group 2D.

10K, a distance that I love (and hate). My goal of the day was to do my best despite the fact it is both hilly and crowded. The ultimate goal would be to run sub45. The start procedure was very smooth and we were at the front line in our group. I know that if you aim for a good time then you have to take advantage of the first kilometers when it is not crowded and later on you also need to accelerate in the downward sloping hills. I started off with the first K in just above 4 minutes to buffer up with some seconds. After 1,5K we reached the crowd from the earlier starting groups and the famous running chaos begun. 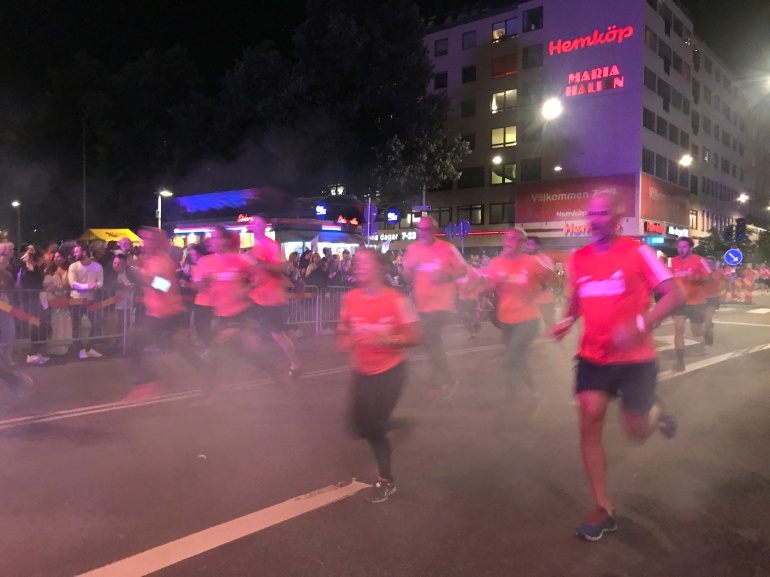 Narrow streets, a lot of turns, cobble stones, the big and Mt Everest like hill up to Sofia kyrkan (where I used my extra seconds to walk up) were there like previous years. Every time at this point I regret that I do not do any hill training, thinking that I should start doing it – but never does. Then the crazy chaos of Midnattsloppet continues. 30 000 runners all looking the same, taking over the streets of Söder. I love being a part of it.

During the race I checked on my pace a few times when my watch beeped. I had to run a lot of extra meters to pass fellow runners so it differed with 200-400 meters from the kilometer marks the first half of the race. At the 5K mark I had ran 5,4K at a time of 22:47 so I decided to find as many shortcuts as possible during the last half to chase “important” seconds that I actually do care about although I as a hobby.

The second half of the race was even more crowded and I stopped counting how many elbows I got into my arms and tummy when passing others to the left. There were loads of people watching. This is the race if you want a world class atmosphere and run boost. My legs felt good the whole race although every meter was not a walk in the park I reached the finish line at 45:12 minutes. I was disappointed that I did not make it sub 45 although I know it is a challenging course and too many people but when I realized I got into the top 1% tire of female runners I was more happy. 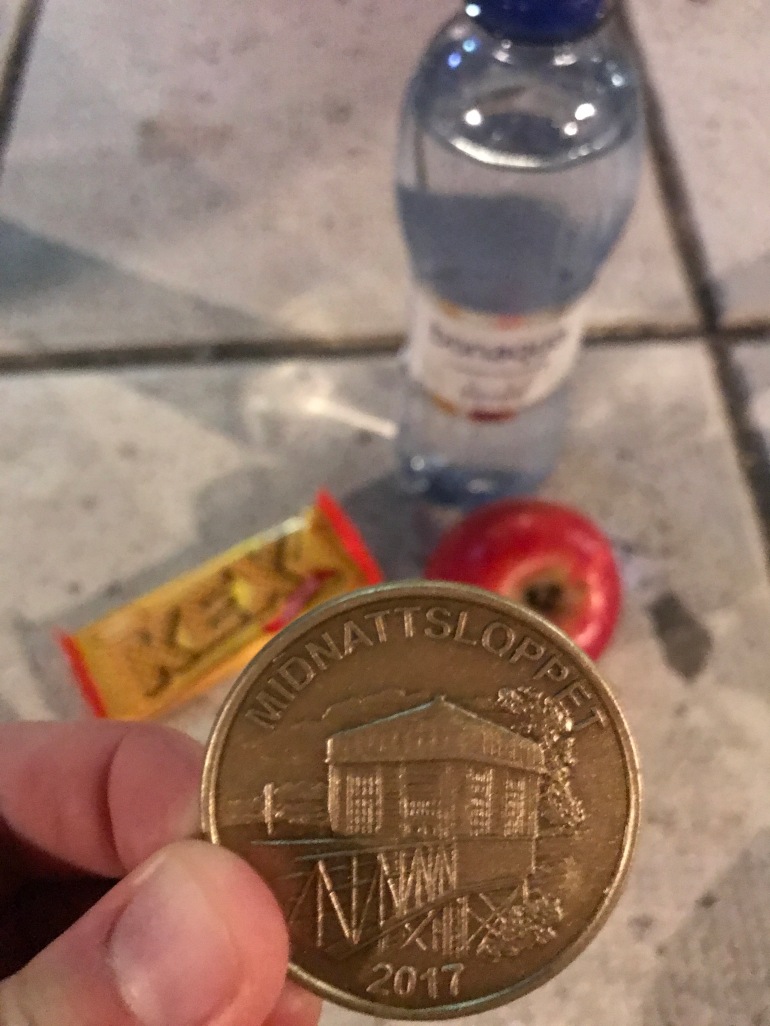 Mission completed. One more medal to the collection and a well invested Saturday evening. If you ever thought about running a 10K race in Stockholm Midnattsloppet is the one.

Anyone else who participated or will do in Gothenburg or Malmö the coming weeks?

If you are not tired of reading about Midnattsloppet you find my race report from 2016 HERE.