New years in the Caribbean

At the 31st of December 2016 at 14:30 we arrived to the Deutch carribean. Bonaire is the B of the ABC where also Aruba and Curacao are included. My friends cousin picked us up at the airport and then we went for the short ten minutes ride to her house. This is my first visit to Bonaire and my first impression was that the land it looked flatter than I thought. Things I also noted was the big holes in the roads and that the standard of cars is very low. The living areas consist of Caribbean styled colorful ones mixed up with newer and bigger american styled size medium homes. And there are loads and loads of Deutch. Almost all tourists are Deutch and the one and only big supermarket at the island is of course Deutch.

After getting ourselves installed in the house we started off with the New Years celebration. We had no plans for the NYE except cheering with champagne. No one of us like to cook so we took the easy way out, went for sushi. There is one sushi place at the island Osaka Sushi & Teppan Yaki and the sushi there was brilliant. We had a great time there and since all expat locals know eachother and are like a big family some friends of my friends cousin was there so we all made a big table and had our New Years dinner together. I love that open minded mindset! More of that to Sweden please! 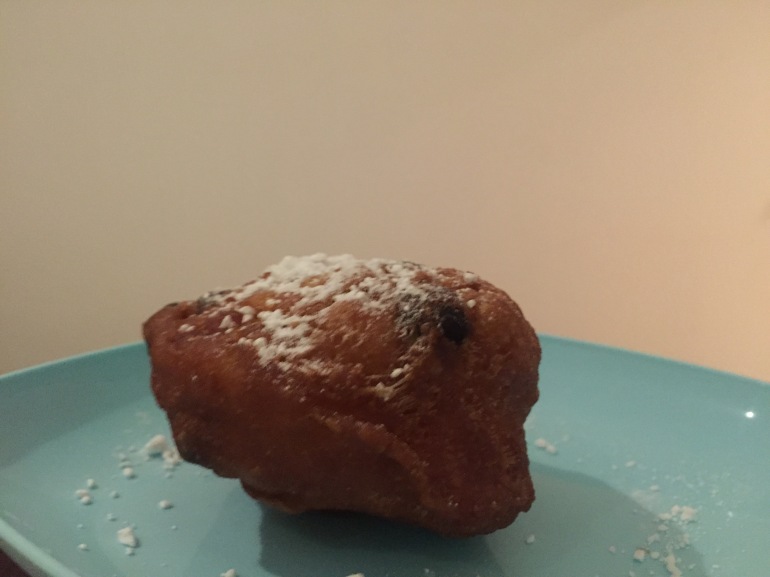 With no new years resolutions in mind we went back to our place to continue our miniature NYE with some wine and the Deutch traditional new years sweet treat Oliebollen (looks like the picture, klick on the link to read). There are almost no taxis on the island and since we all had been drinking we didn’t wanted to drive to the beach where the fireworks took place so we decided to watch them from home. And if there were fireworks. Yes, there were plenty. I havn’t seen that many and for such a long time ever I think. I did though heard that lots of them had been stolen…

Surrounded by all Deutch this happened to be a Deutch-Carriebean inspired New Years for me so on the 1:st of January it was time for taking a new years dive. In a Unox (brand of pea soup) hat. At noon hundreds of people gathered at Spice beach club, warming up and then getting ready for the new years day dive. 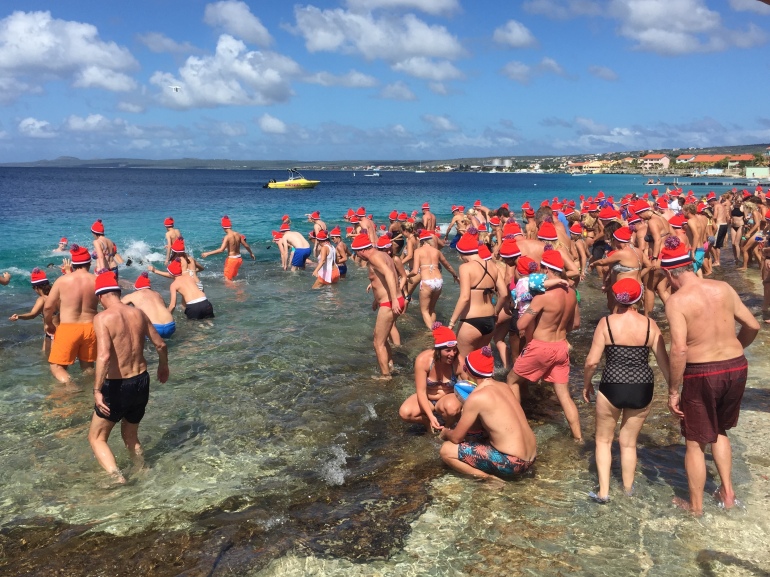 You probably seen pictures of that or heard about the tradition before when hundreds of Deutch run into the ice cold water and then heat up with Unox pea soup afterwards. The version here in Bonaire was a hotter version though and this is a tradition I gladly hope that Swedes will adopt to a larger scale. Better than eating pizza on New years day, or why not do the dive and pizza?

I had a really good new years and hope you did aswell. Wish you all the best for 2017!