2016 is almost over and I hope you have had a great year. When it comes to traveling I have nothing to complain about when it comes to what places I have had the fortune to explore this year. No blog is complete without a yearly review so let me present my travels of 2016. If you wanna read about any of the trips I have not blogged about. Hit me.

I ended 2015 with a trip to Banff, Calgary and Chicago and 2016 I started as a traveler at Navy pier in Chichitown. It was freezing cold but I had a good new years eve saying to myself that I was not going to travel that much in 2016. But I love traveling so why not?

the first week in February I had vacation and couldn’t decide where to go. I ended up going to St Marteen to visit the hyped airport St Juliana’s and the years first visit to my dear Miami.

One weekend I visited Umeå and went skiing. It was my very first visit to the North of Sweden and I will get back. For sure.

In the end of February I went to Seychelles for a long weekend with the aim to run a half marathon. I completely fell in love with island and I will for sure get back. This was the start of an massive travel schedule.

started with a trip to Sälen for finishing my first Vasaloppet.

A week later I flew down under for my long vacation. Arlanda-Doha-Singapore-Sydney and I started with some days in Aussie land before heading to the South Island of New Zealand. This trip was fantastic and I wrapped it up spending some days in Hong Kong.

After being home for a few days I went to Hamburg for the annual aircraft interior show, then I was home two days before going to Paris to run Paris Marathon. One of the best marathons I ever been running.

Four days home and two weeks vacation again. First out was a few days in Bangkok to relax  at the pool at Hilton before some adventures in Laos and Cambodia followed. To wrap it up it ended with seeing some friends in Singapore. At this point I was so over and out of traveling and seeing airports so I looked forward to some weeks at home.

I spent at home except a fun long weekend to Malaga. We rented an apartment from Airbnb and explored the area around. Malaga was not “that” nice but Alhambra and Caminito del Ray was top places.

during Swedens national holiday I tried SAS new route to LA and visited Santa Monica where I ran a half marathon and had some relaxing days at the beach.

I started with a weekend in St Petersburg where I ran my second marathon of the year. The city was well worth a visit and the marathon was way to hot to run but I made it, not a time to note for the history books but well.

In the middle of the month I had three days vacation in connection to a weekend so me and a friend of mine was first supposed to go to LA, then Mauritius, then we decided to got to Tampa but ended up in New York where we checked out the beach offerings in the superhot city and also visited the Hamptons.

I worked a lot the whole summer and in the beginning of August I took another long weekend off and ended up with a doing nothing stay in Abu dhabi. It was my hottest experience ever with 46 degrees during day and over 30 during night. Luckily the beach club had a cold water pool.

I spent 100% of the time in Stockholm. Maybe I went to Copenhagen once for work but that doesn’t really count.

I felt for traveling again and first out was a trip to Cuba. That was very special but also very worth it.

Then I also went to London for a weekend to chill with some friends and to Swiss and Lausanne for running the third marathon of the year which was a scenic experience and fairly good running one aswell. 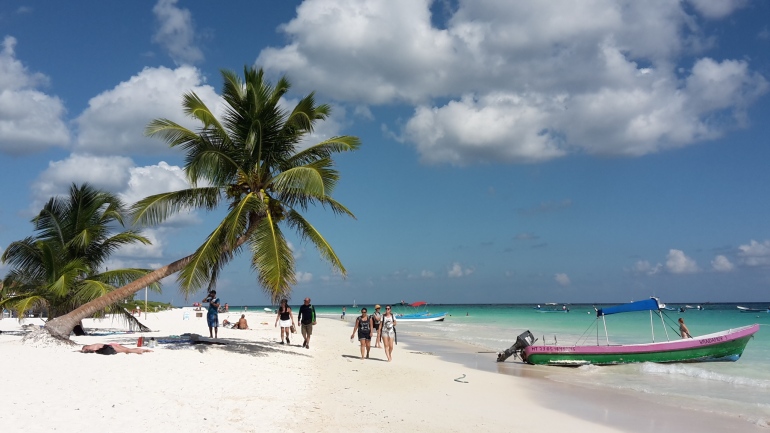 I had one week of vacation again and this time the trip was meant to be to Hawaii, but ended up with a visit at Riviera Maya and some days in Miami. No reason to complain though.

started with a SPA and christmas weekend in Tallinn and then one weekend with christmas stuff in London.

20 countries visited and a really, really great year in terms of travels I have to say.

At the moment I am in a big travel mode and 2017 I hope to create more travel memories. I will start the new year with a trip with the goal of going to Canada and Bonaire but you never know where you end up. A visit to Åre is scheduled for January. Then I am planning running a half marathon in either Oman or Miami in the end of January, I am going to Hong Kong in the middle of February for a marathon and then I am going to Mallorca in June for a wedding. Those are my planned travels this far. On my high prio wish list is also a trip to Tel Aviv, India, Biarriz and Mongolia. Then I plan for a two week vacation post Vasaloppet doing some far away island hoping visiting in March. I don’t like to plan too much ahead so a three months plan is the best way for me so lets see what 2017 brings up in terms of traveling.